Dominic Musa: Outside and Around 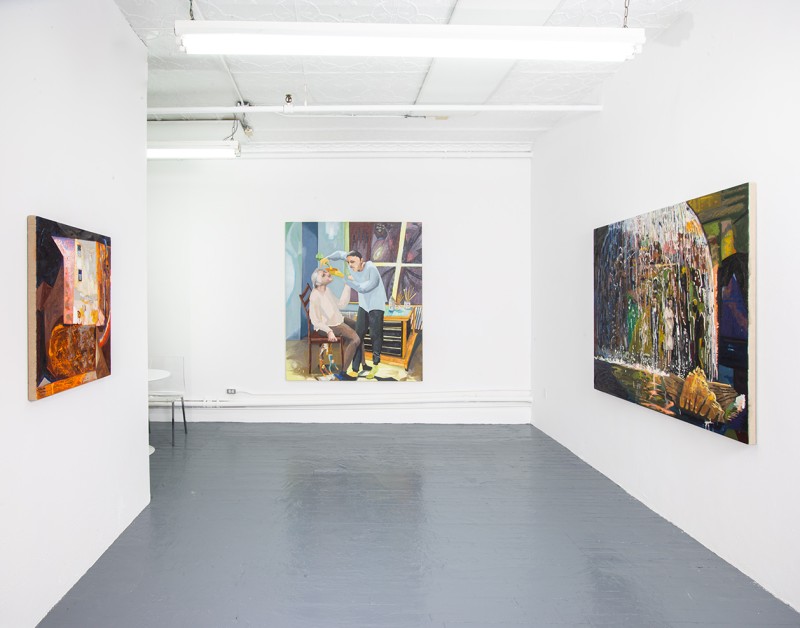 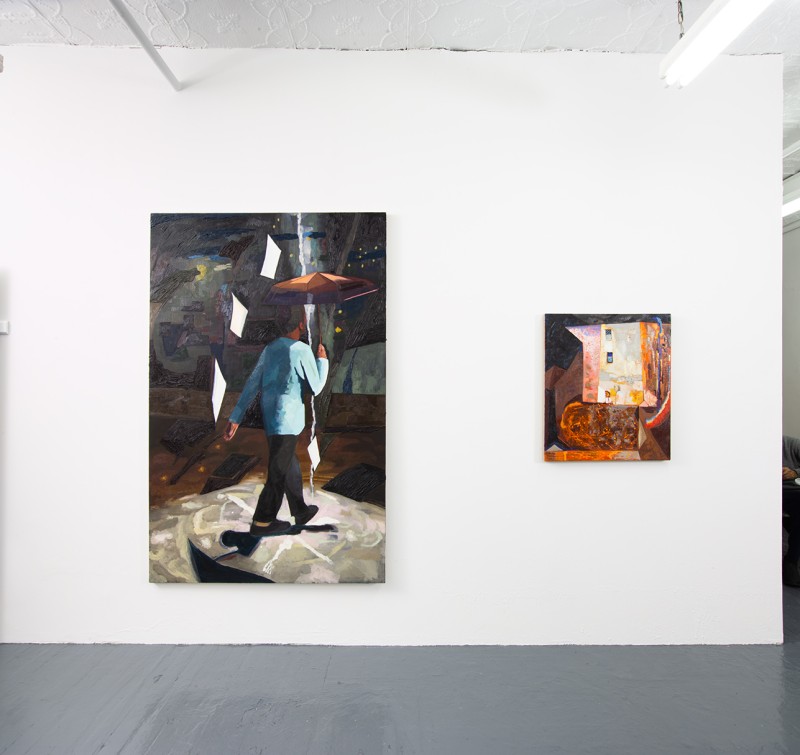 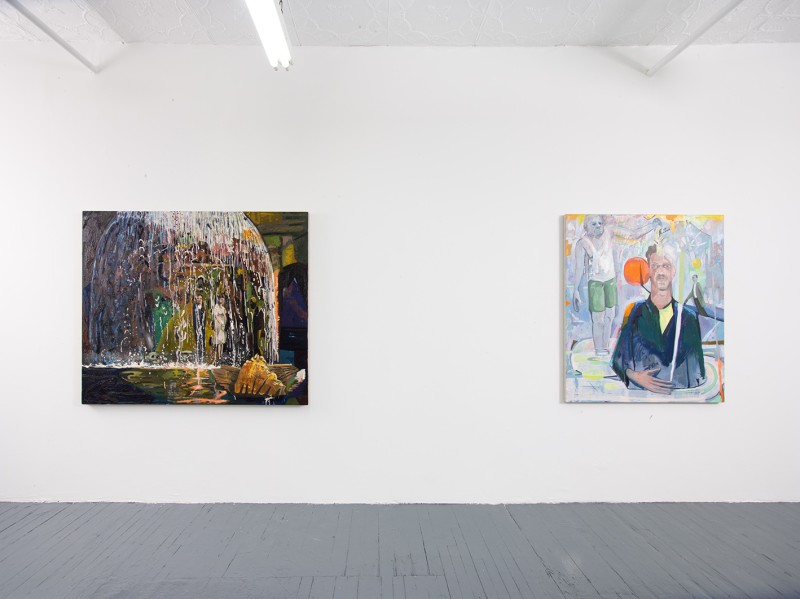 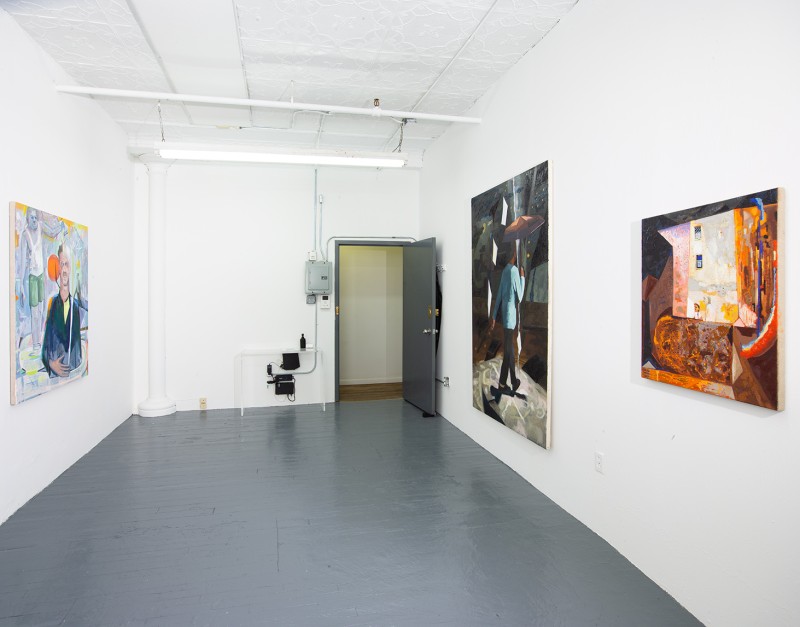 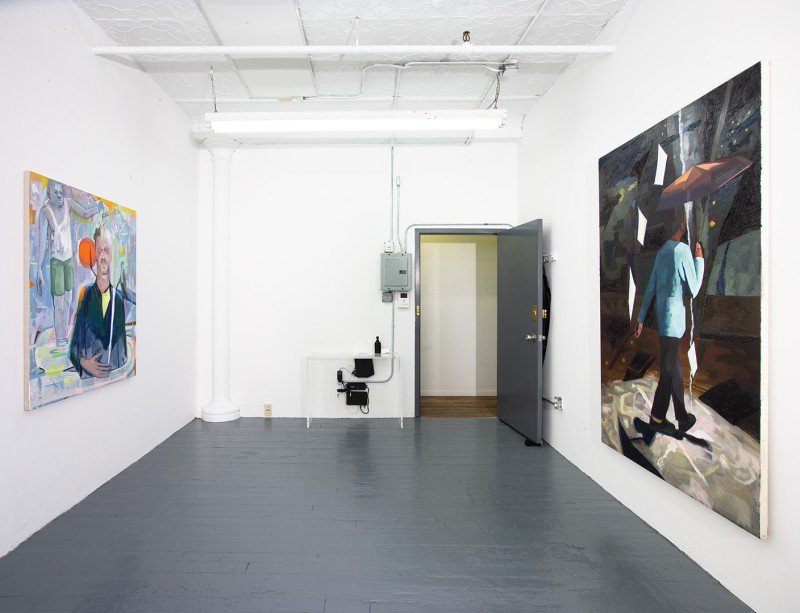 Stayed-up throughout the night for the next 7:00am train.  It was a dark and cold night alone on the empty streets near the station. The narrator was on an ancient island near an open field, or beach, just before dawn.  The year was 2008 and they had  to use an Internet cafe to send an e-mail.  They still remember this strange structure in the middle of the field.  They say to themselves, “It’s fleeting now–feeling more like a dream than memory”.  For here is nowhere, make it now here.

Early in the year, I drove to visit Dominic at his studio in Paterson, NJ.  I distinctly remember leaving after dusk and getting lost along the way.  I missed the exit and had to drive through a small town.  I eventually found the way after making a looped-left turn to get back on the highway.  I still remember the amount of paint on each work and visualizing the amount of time Dominic spends continually painting. The energy and process are on the surface, visually consumable and optically still.

We are pleased to present Dominic Musa’s second solo exhibition in New York and first with Y2K.

Dominic Musa’s works are still—shifting between mental space, emotional expression, and portraying psychological imagery.  The material of the paint is important in the work and rooted in tradition. Witnessing elapsed time in each work, the viewer is transported or transcended to another place, another world.  Surrealism has had a resurgence lately and Dominic’s work interchanges between surrealism and narrative realism.  The subject matter is autobiographical as Musa is interested in creating work that questions the viewer and the way they see.  The artist thereby becomes the observer and narrator as he begins the journey of completing his work.  For the artist, psychology plays an important role as he creates spaces sometimes impossible in reality but can exist in his world.  The spatial expressions within each work imbues various feelings about the unknown, existentialism, anxiety, alienation and the need to process the past.  There is romance within these painted worlds filled with fiction, actualization, acceptance, and euphoria by finding channels or paths to break through and to embrace the beyond.

They were stretching in an open field
Sitting on a wooden bench, looking at three figures
Along the mountains while searching for a nearby waterfall
Bright orange light poured onto the steps filled with people, sitting casually and sprawled out
An empty space with a breeze steeping through
Look to see how far
the tree branches reach
A hole in the grass
Along the highway around the loop throughout an unknown town

Dominic Musa (b. 1989) lives and works in Paterson, NJ. He received a MFA from Rhode Island School of Design and a BFA from SVA in New York. Past solo and group exhibitions include: Anywhere Out Of The World, Helena Anrather, New York; Beach, Taymour Grahne Projects, London; Still Life, curated by Helena Anrather and Megan Yuan, Drawer (online); Highway Blues, curated by JJ Manford, Underdonk, Brooklyn; Bloom, Over Under Room, Brooklyn. 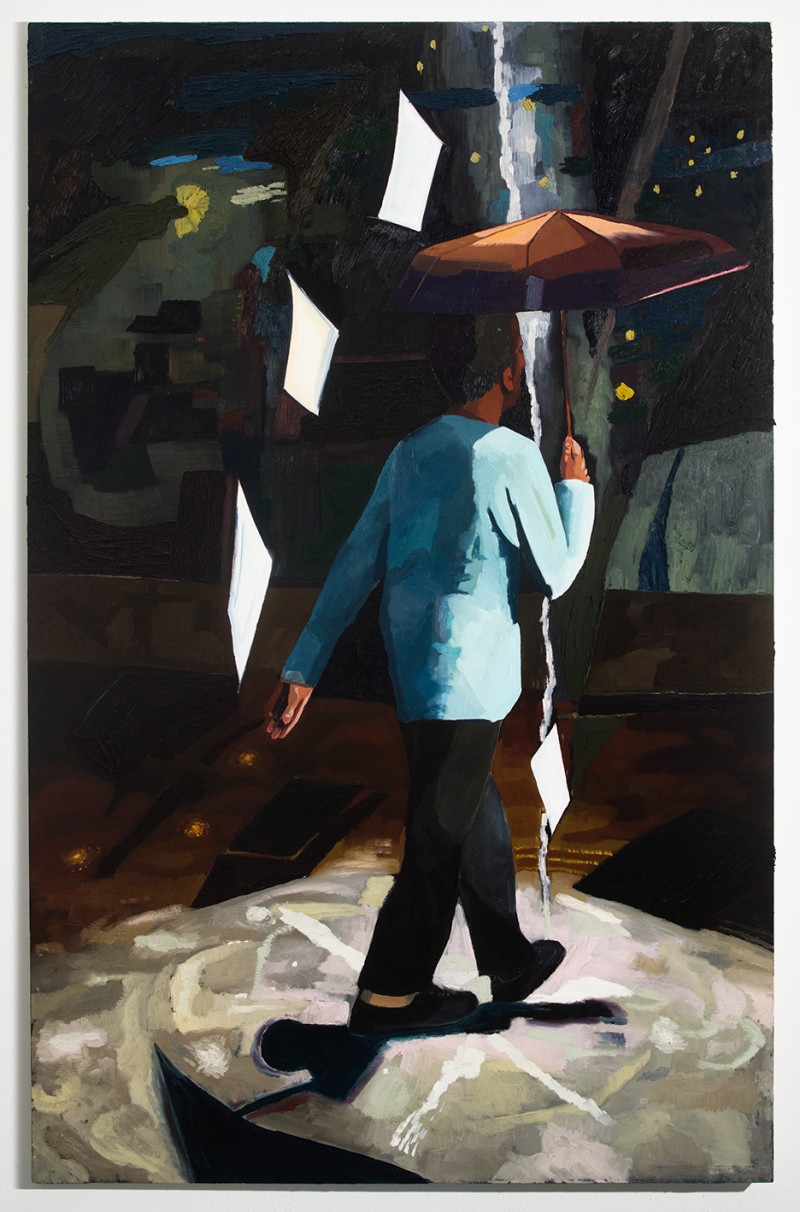 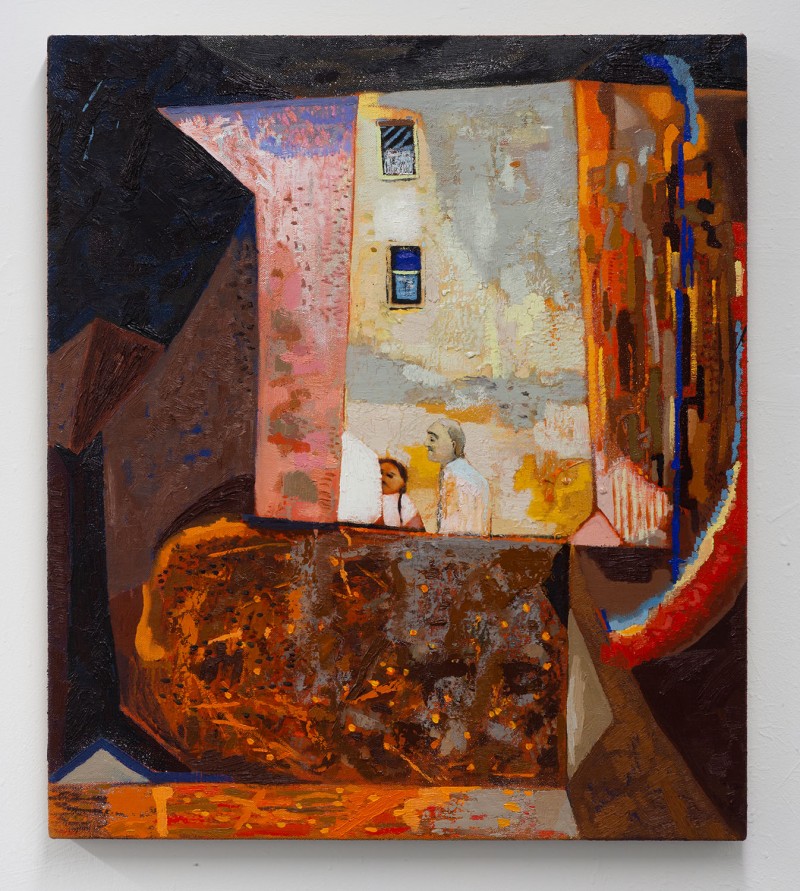 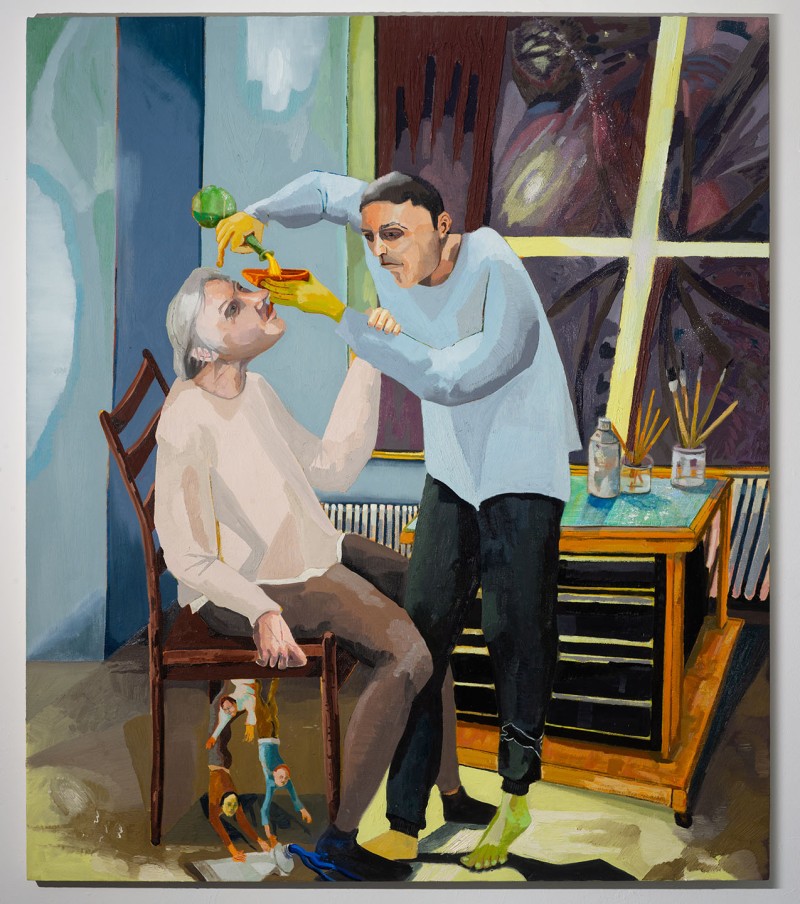 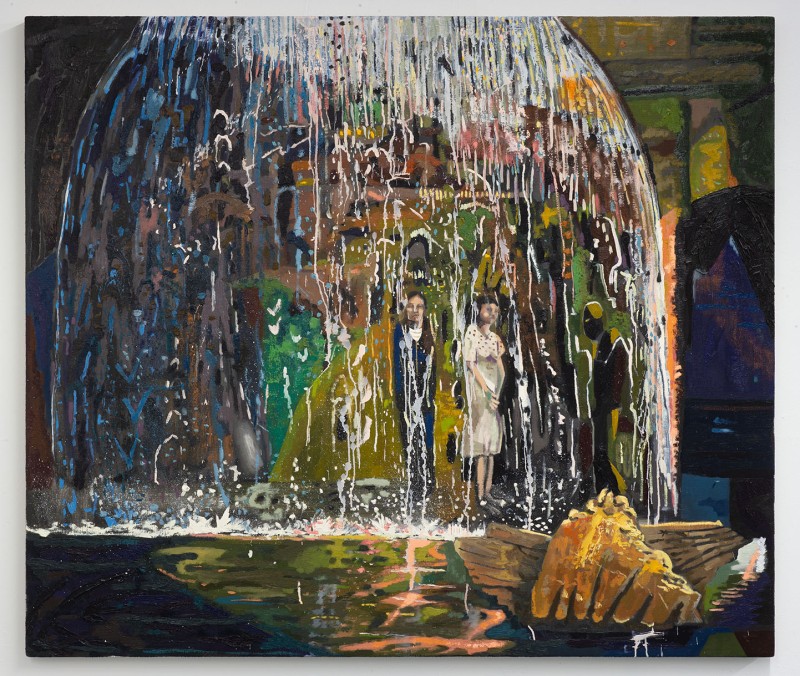 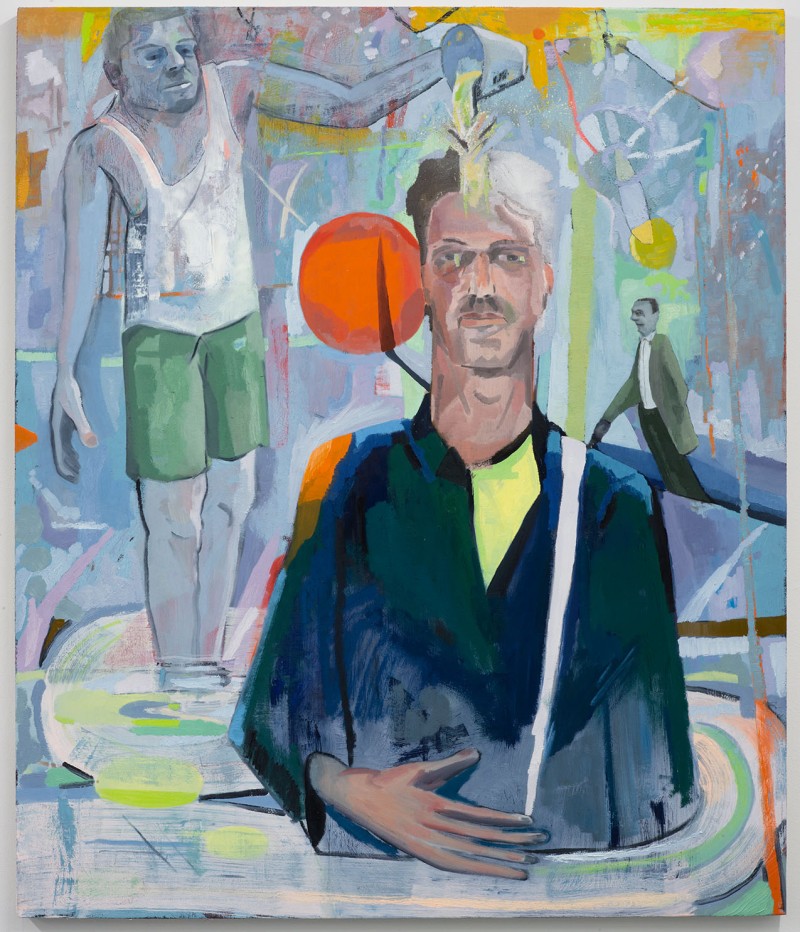