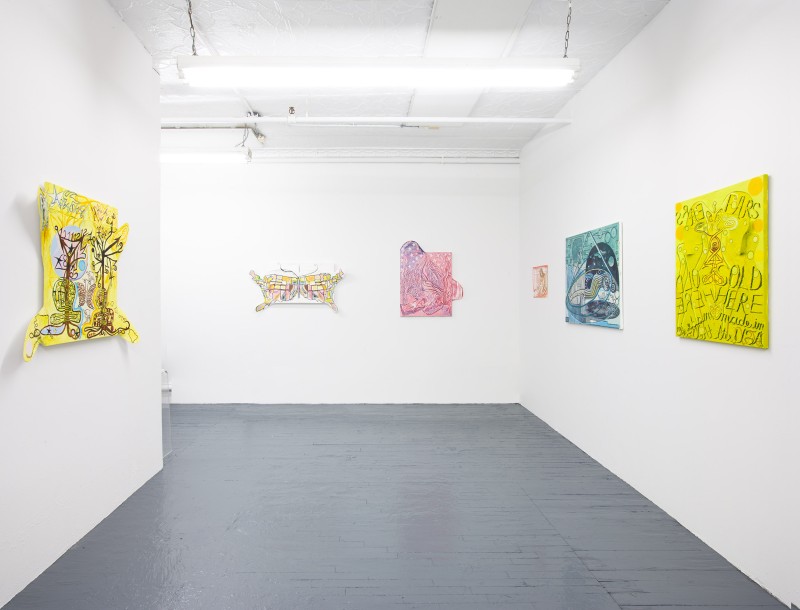 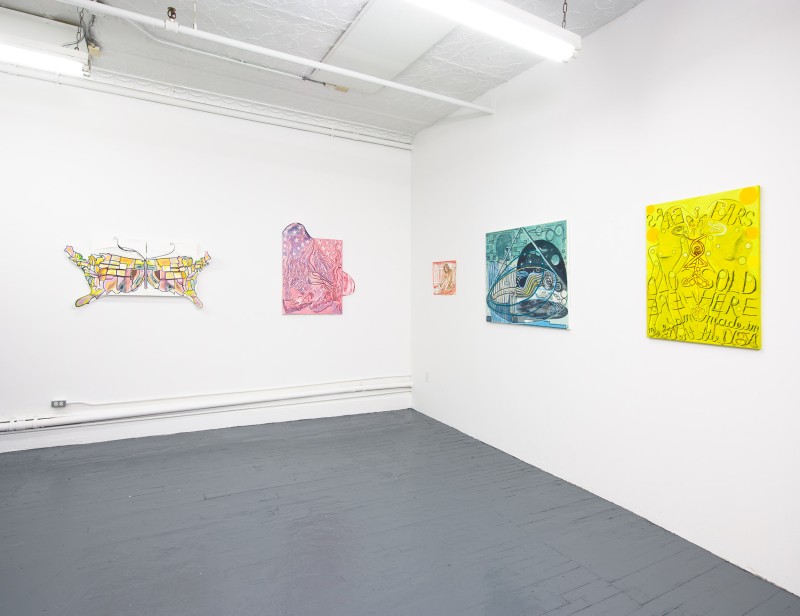 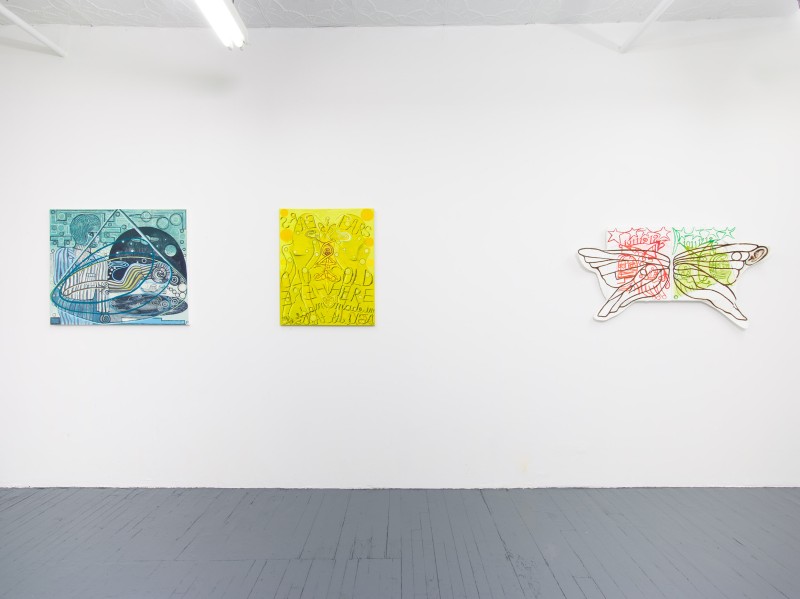 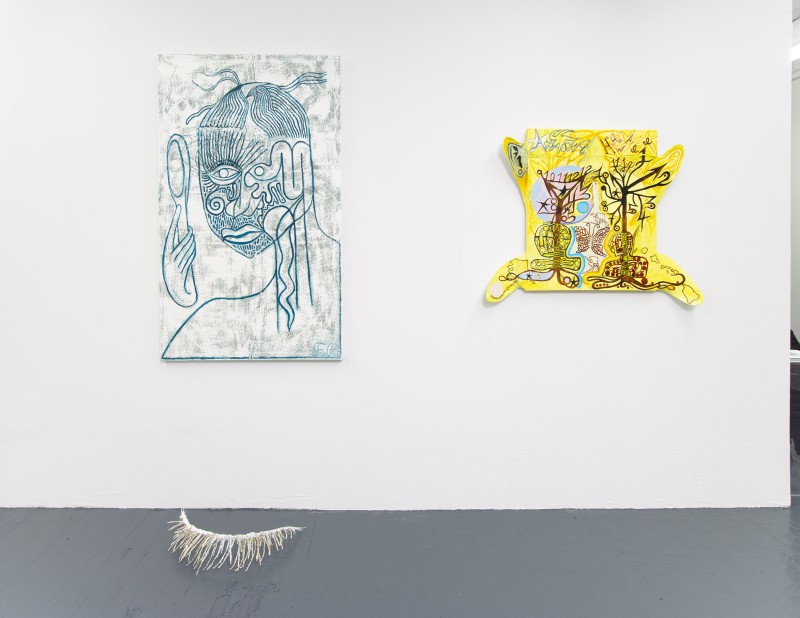 We find ourselves in March 2021 hoping to get back to some kind of nostalgic sense of normal. Whether we want to or not, we recognize ourselves and our worlds shape-shifting into something new.

Frankie Phillips’ “Existential Eyelash” painting indirectly or subconsciously is a self-portrait. There is a depiction of a figure looking into what is presumably a mirror–staring into a reflection of itself. The mirror sees a figure without ears, a snake in place of an eye, and a growing eyelash that is equally exposed as it is camouflaged. The small drawing that led to this painting leads the viewer on a journey into Frankie’s Cowlick Diary. This is the title for Frankie Phillips’ third solo exhibition with Y2K.

Many of the works in Cowlick Diary include wire clothing hangers. The hangers are bent and integrated into the paintings’ surfaces, changing their familiar silhouettes, and in some instances are the armatures for appendage-like extensions that suggest some type of growth or inherent change. Two works made with wire hangers and t-shirts result in sculptural butterfly-like forms.

In another instance, the wires evoke a barrier - seeming to signify restraint or violence- all the while offering naturalistic beauty in the curl of their hooks. The wire hangers articulate crude and textured lines that mimic the quality of some of the paint applications. Some of the painted iconography includes: the passing of time, post-humanoid and alien-like creatures, human ears, stars, planets, slippers, hair, and the map of the United States. If we are in a new age, could these be hieroglyphics describing us in flux?

These narratives from Frankie are complicated and are imbued with emotional expression.
There is an energy and a life-like tension in the paintings that feels relatable. Whether or not we are aware - we all have at least one cowlick – a cosmic like spiral that is as much a part of our surface as it is part of our core. The Cowlick Diary is a particular collection of personal records made during an extraordinary time. 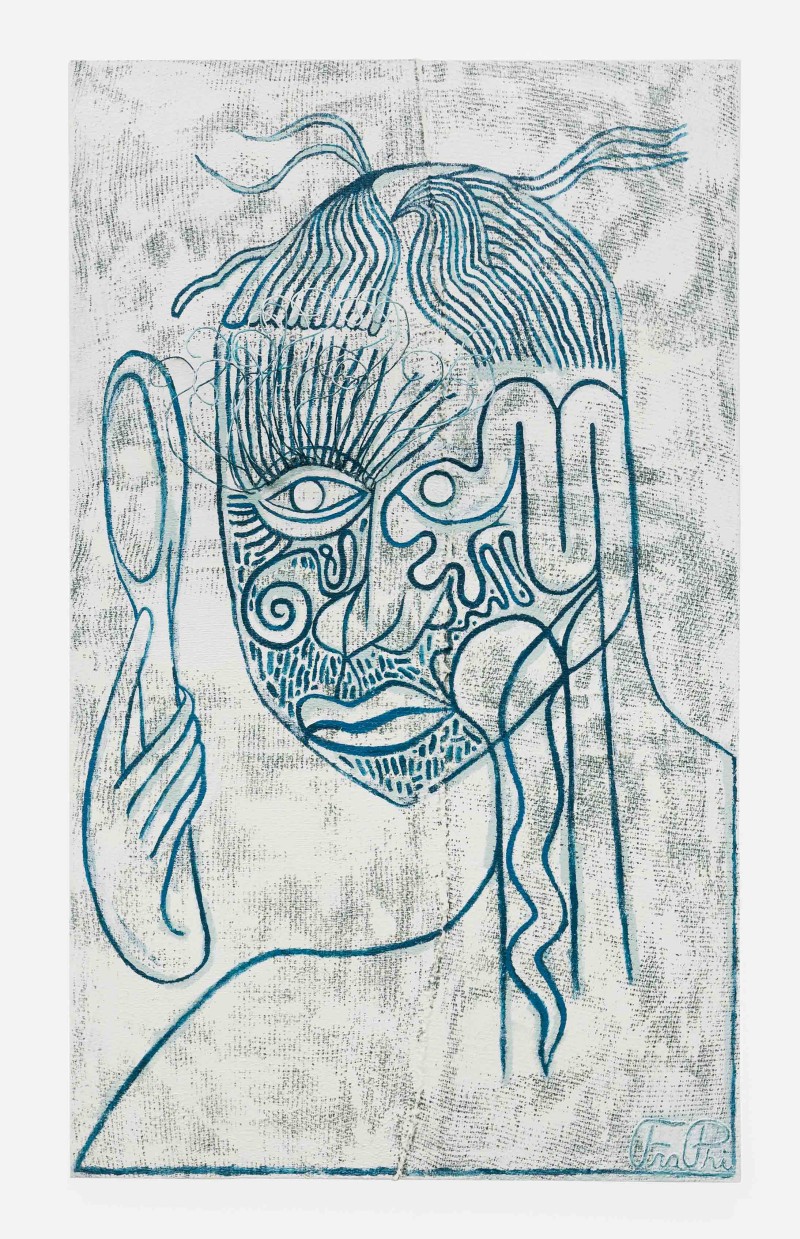 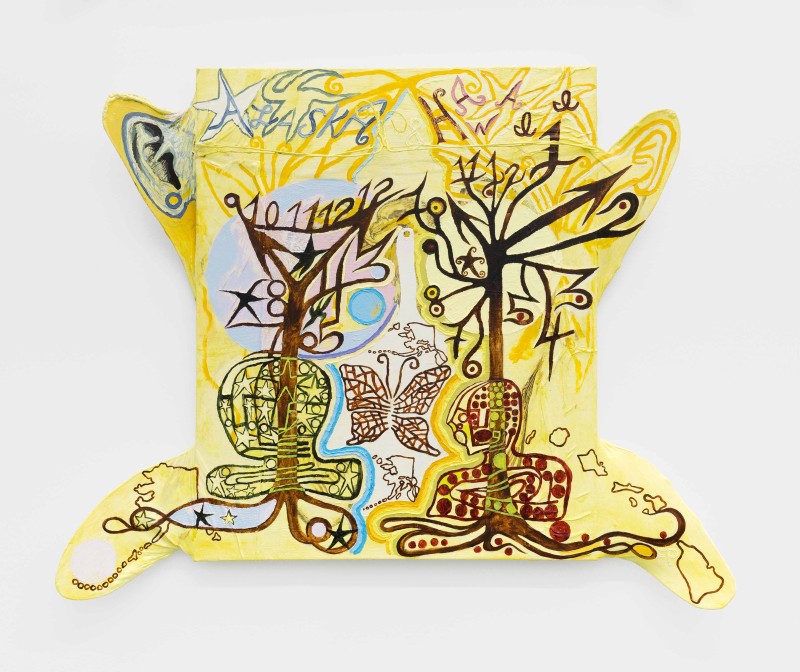 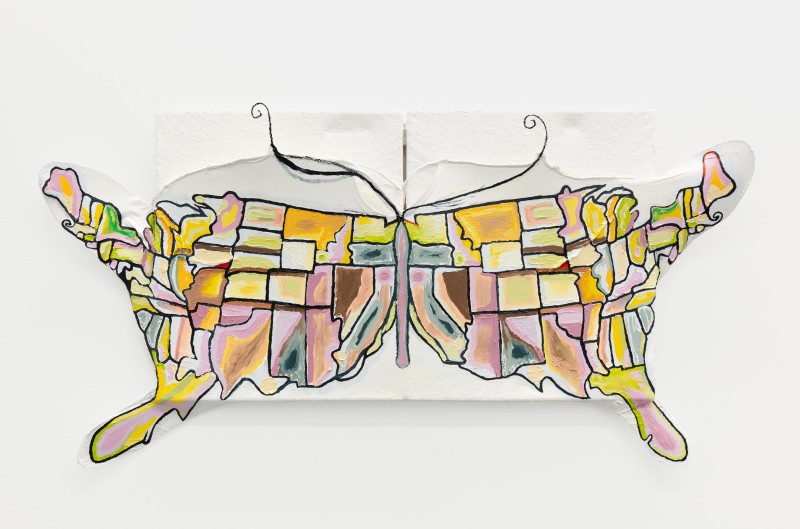 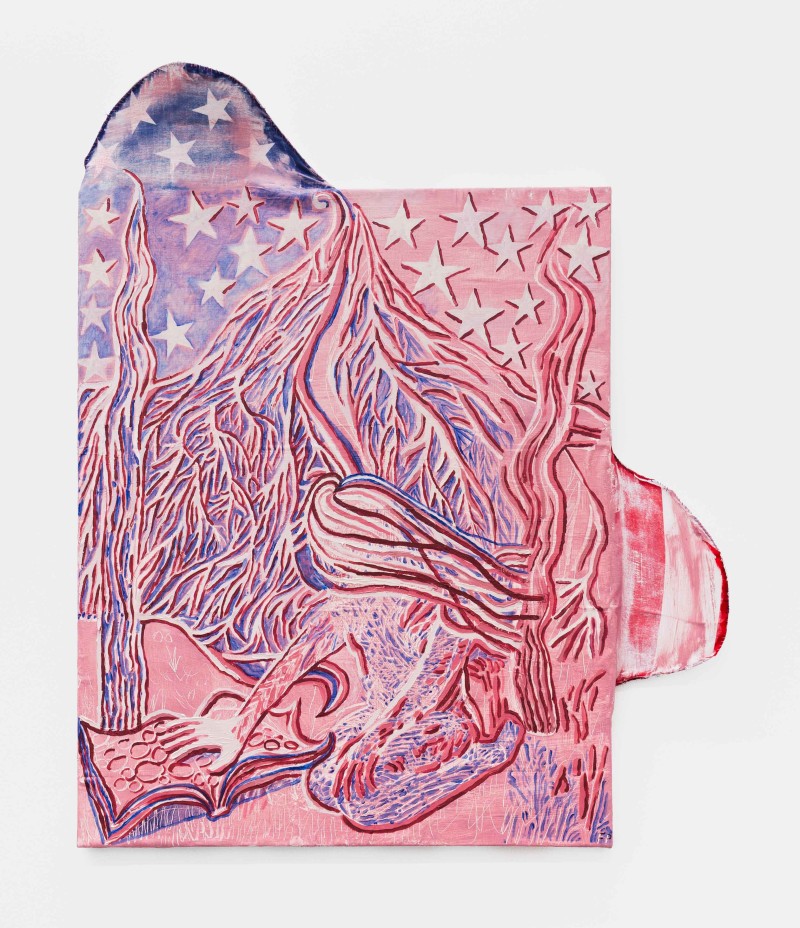 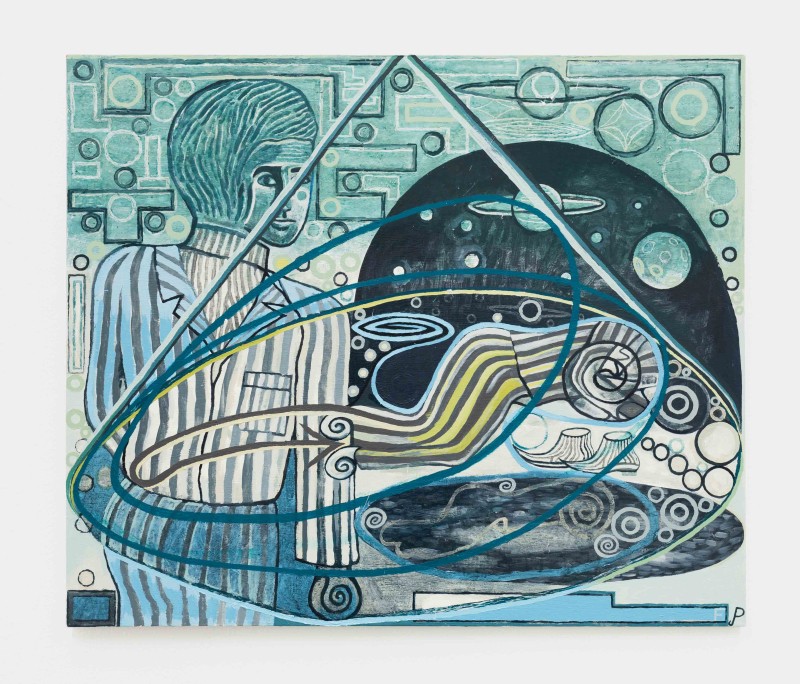 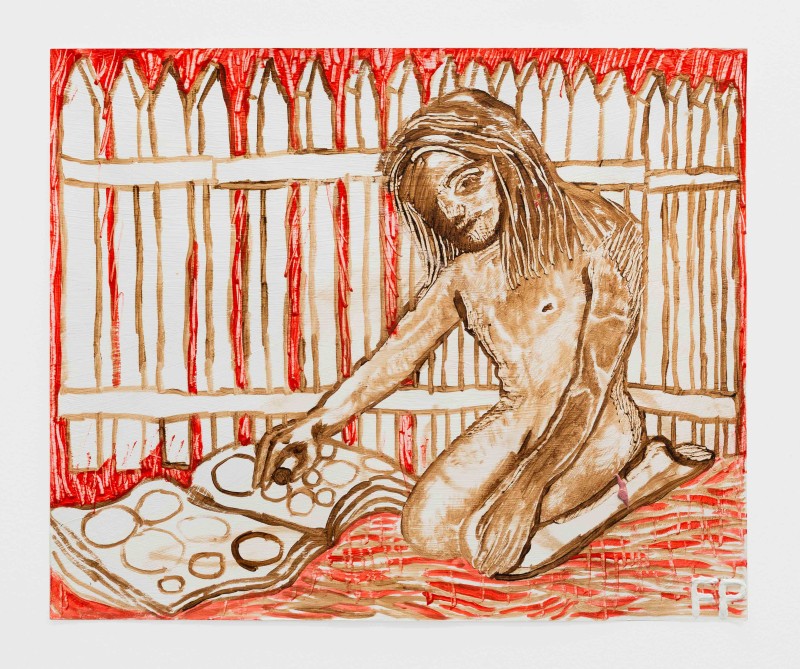 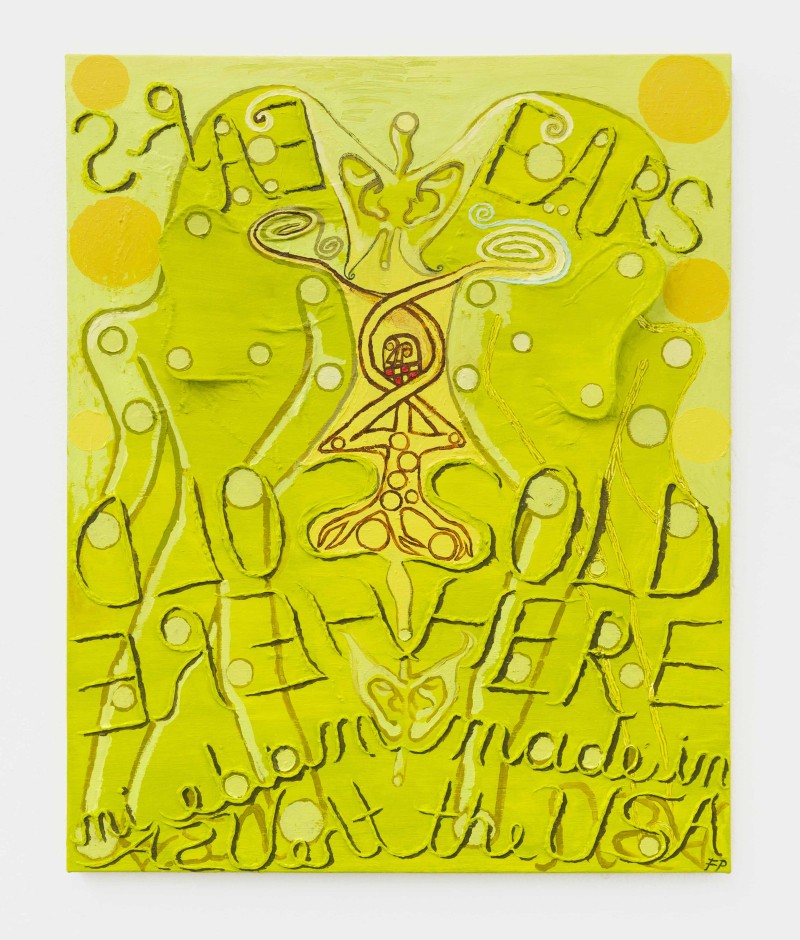 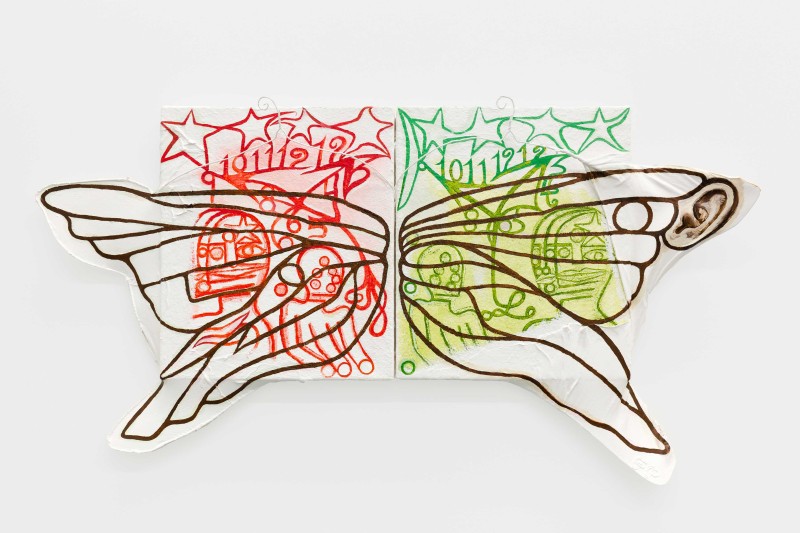 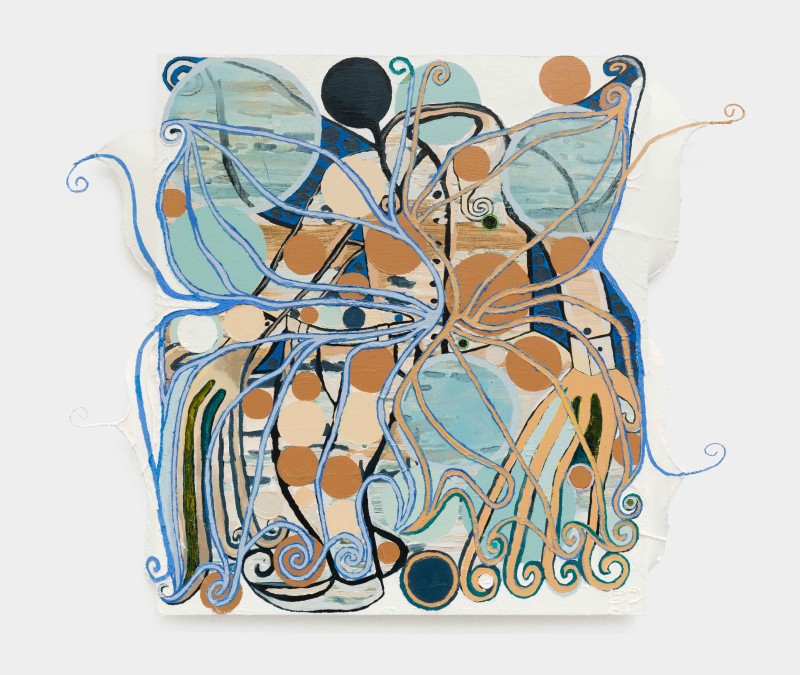 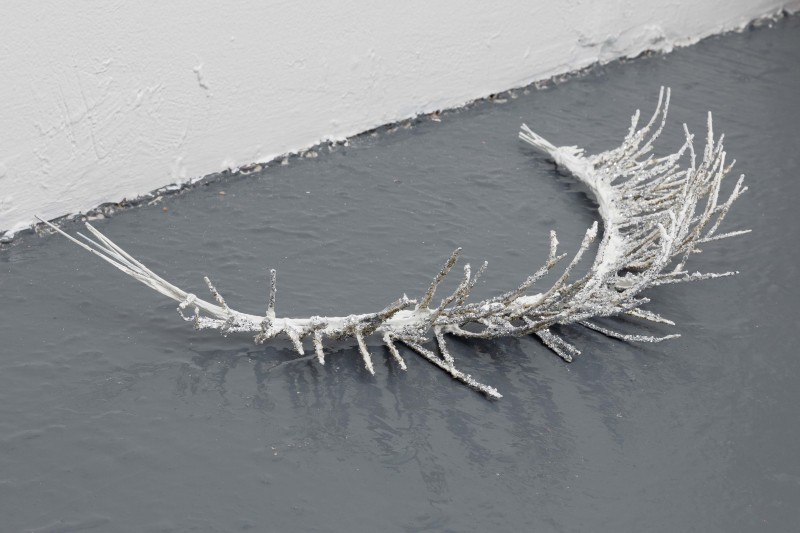 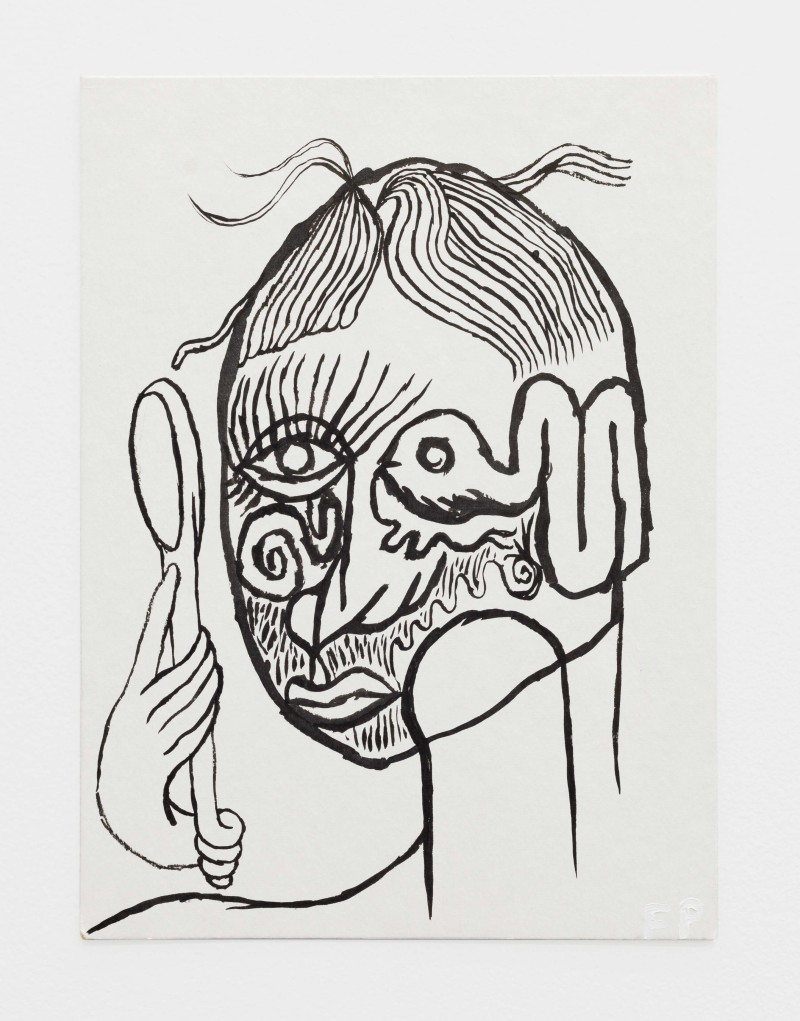