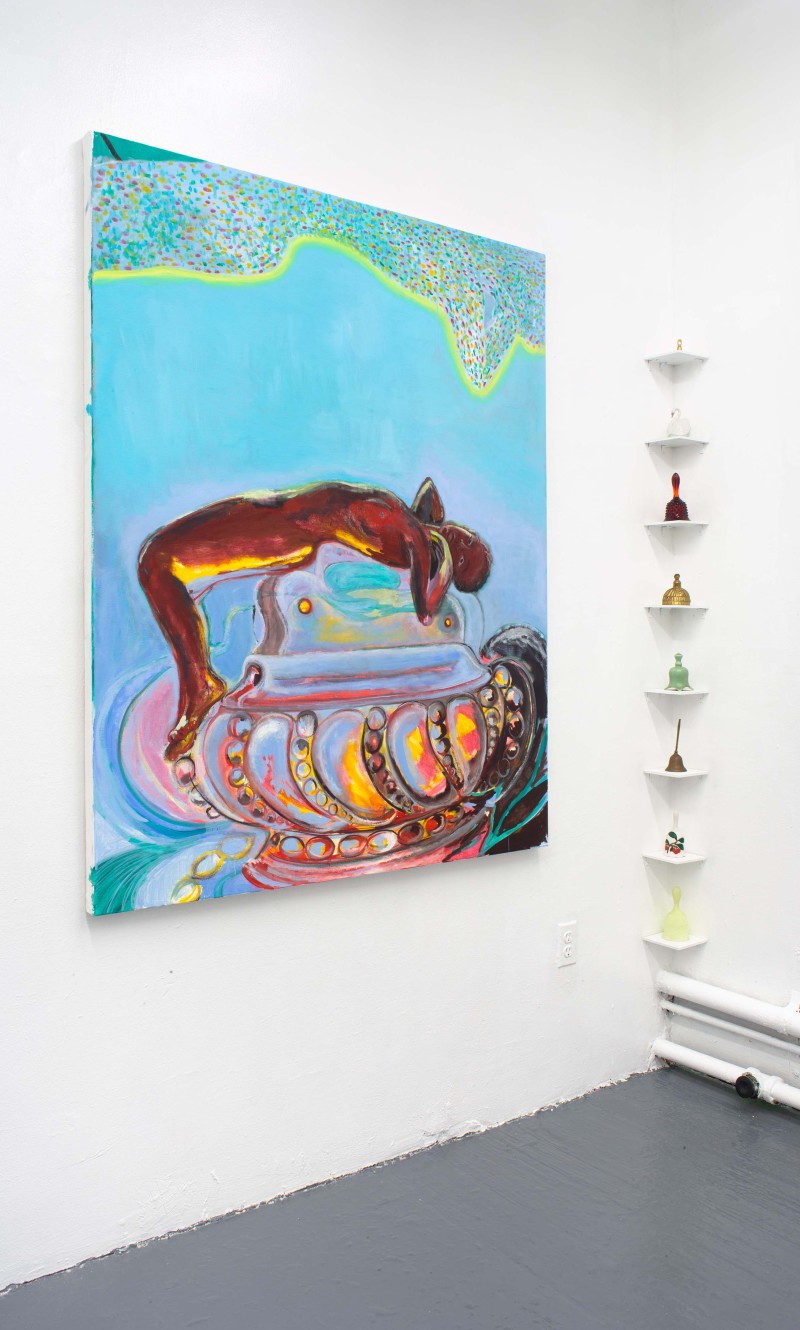 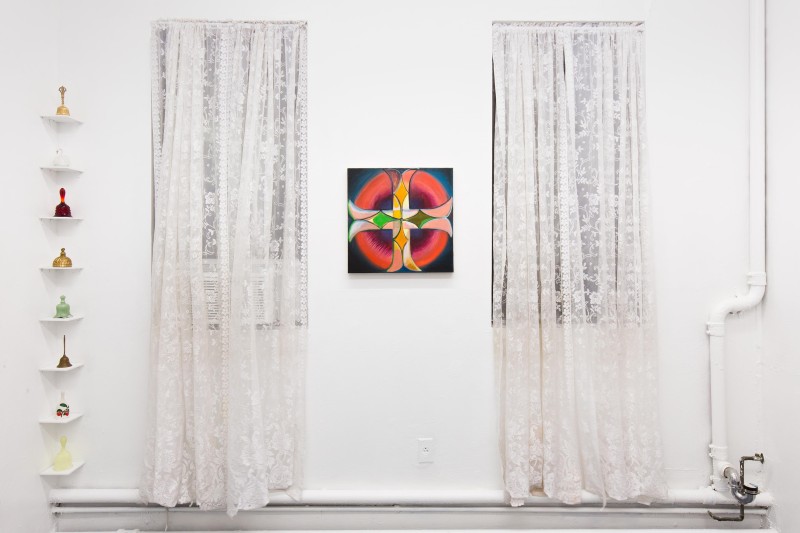 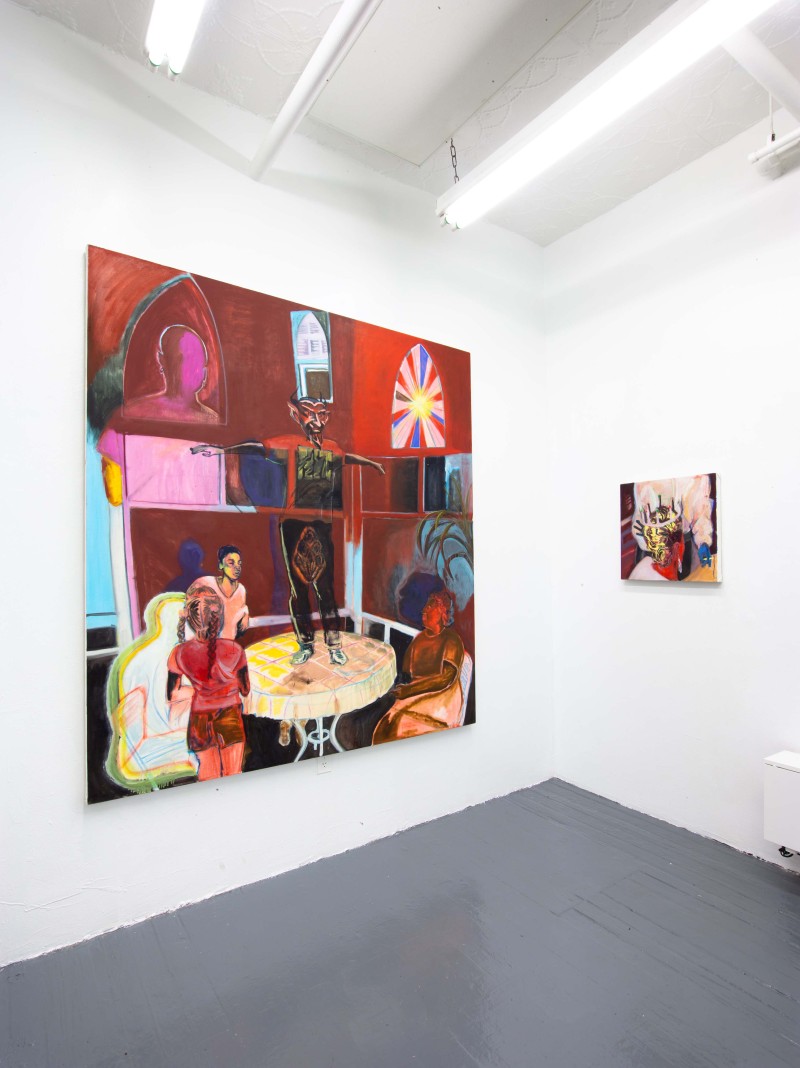 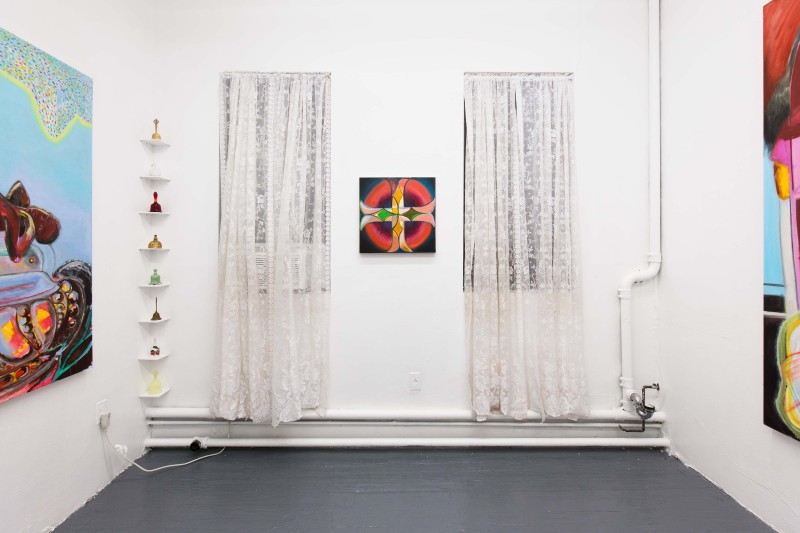 Just as their work can be spliced into separate, independent pieces, so can it encompass parallel and overlapping histories. Romney brings together tangible memories - always personal, but not always pertaining to their own person - and creates alternate worlds in which characters from separate narratives engage with each other to create spaces of trans historical communion and ease.

Painting exclusively in oil on canvas, Romney’s work evokes a ceremonial magic, pulling elements from the external world: broaches, bells and most importantly an ever expanding collection of photographs sourced mostly online. These Black familial records function as the base for their figurative work, which uses found family imagery to create visions of play, work and celebration. Romney takes figures from one or many of these photographs and transfers them onto canvas, fashioning Black futures from Black histories.

The anthropological approach to Romney’s work wields empathy and desire and uses both as tools for invention. “Evening Lark”, referencing the mischievous songbird, travels through realms of cosmic invention and performance. Familial ties, waking dreams and concrete moments of bliss are unraveled and restitched into fantasy worlds, saturated in color and adornment. –Camille Okhio 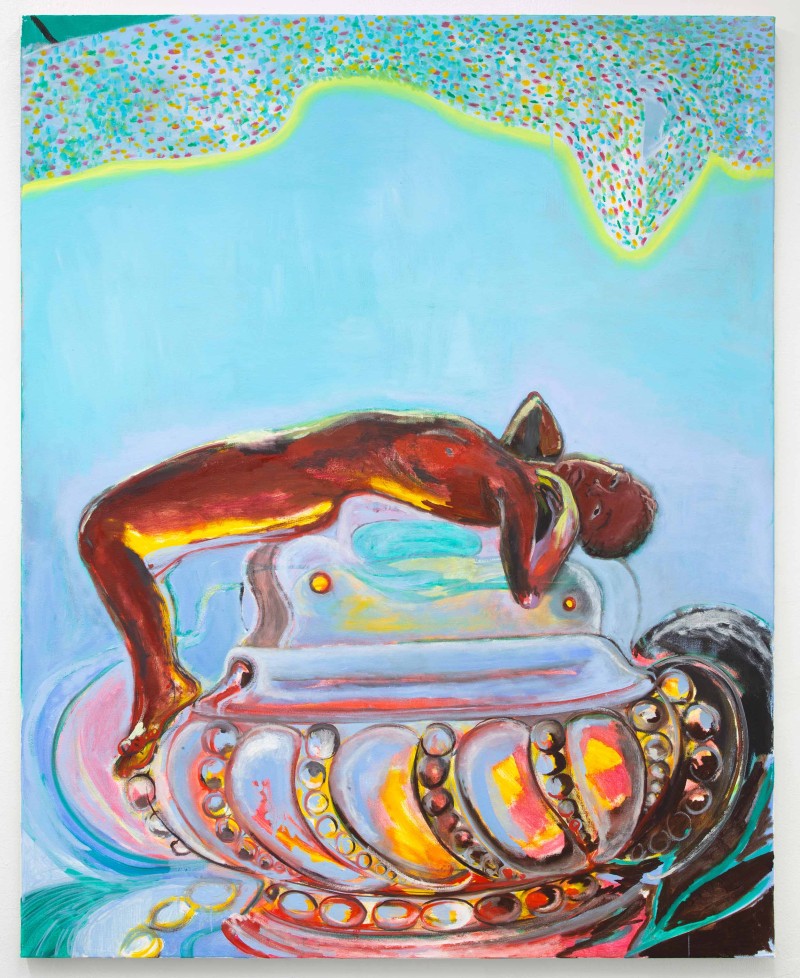 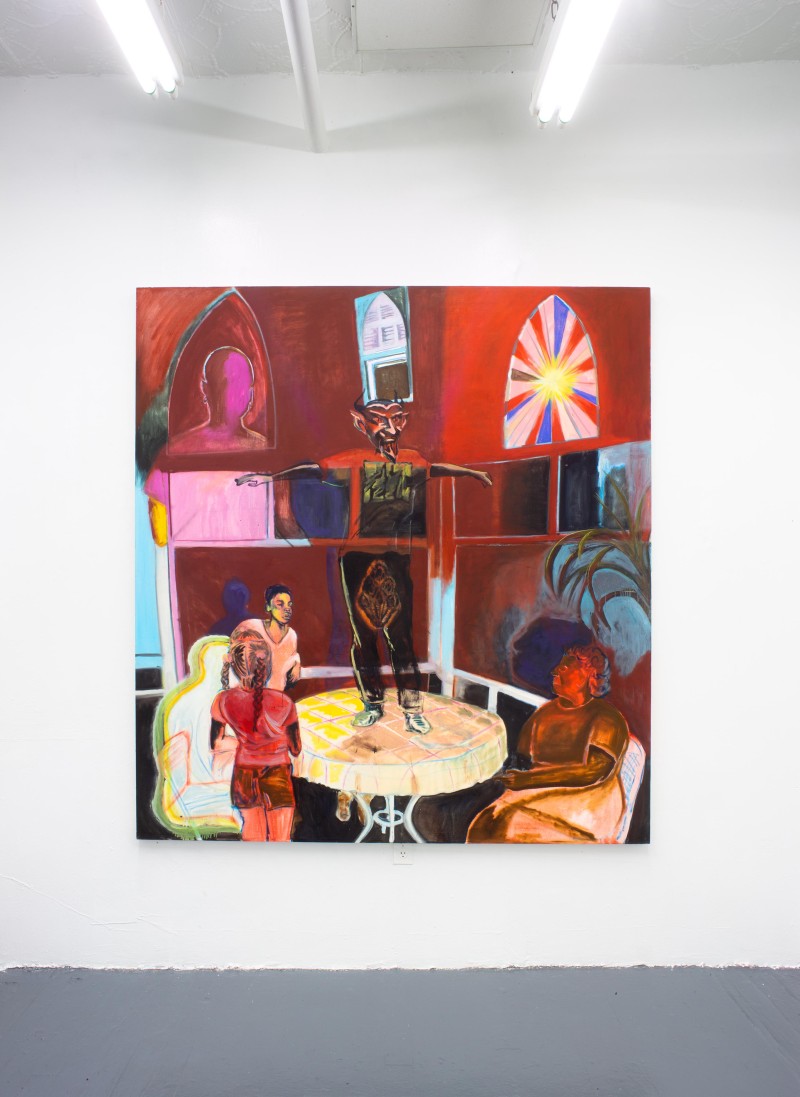 Mosie Romney
Hell is a place on Earth and Heaven is a place in your head, 2020 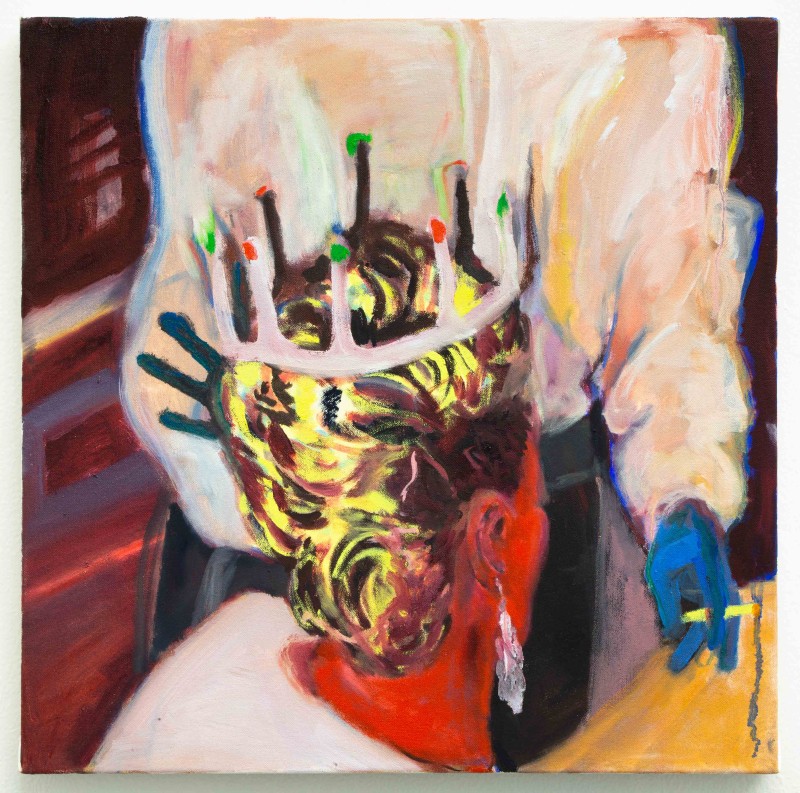