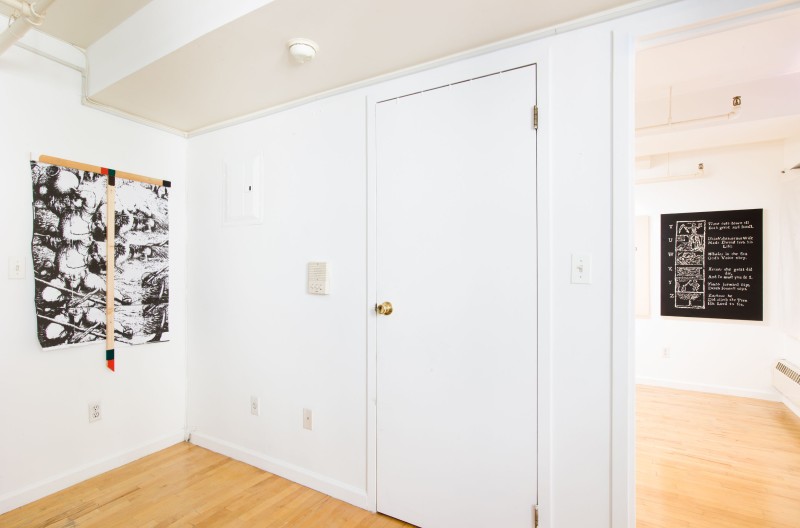 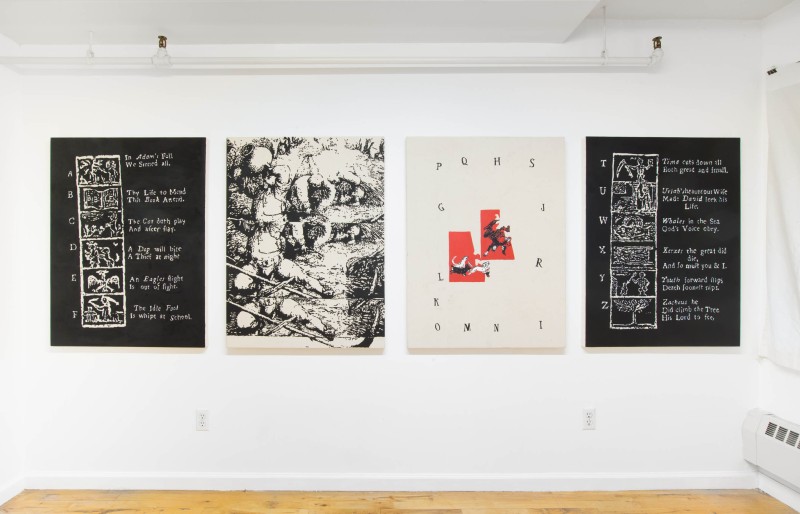 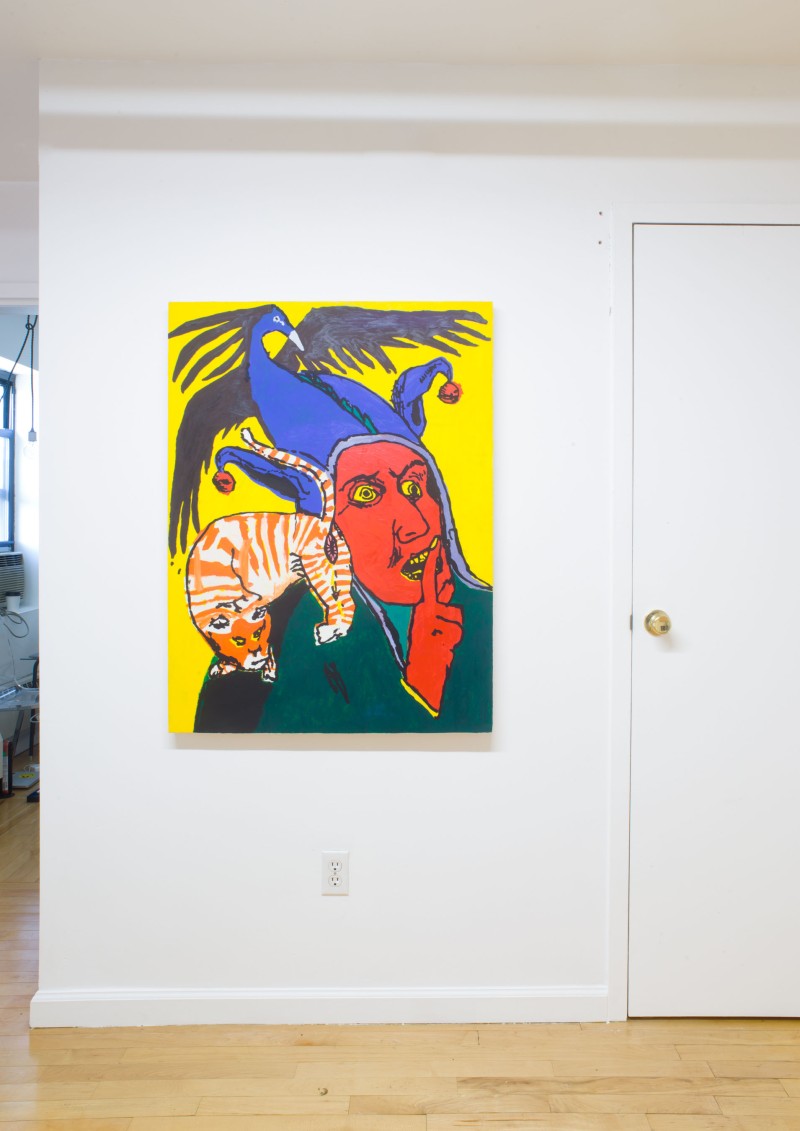 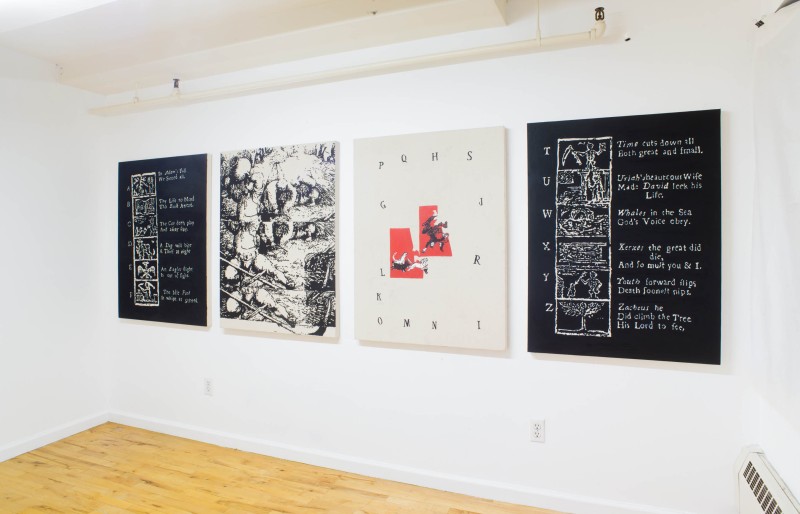 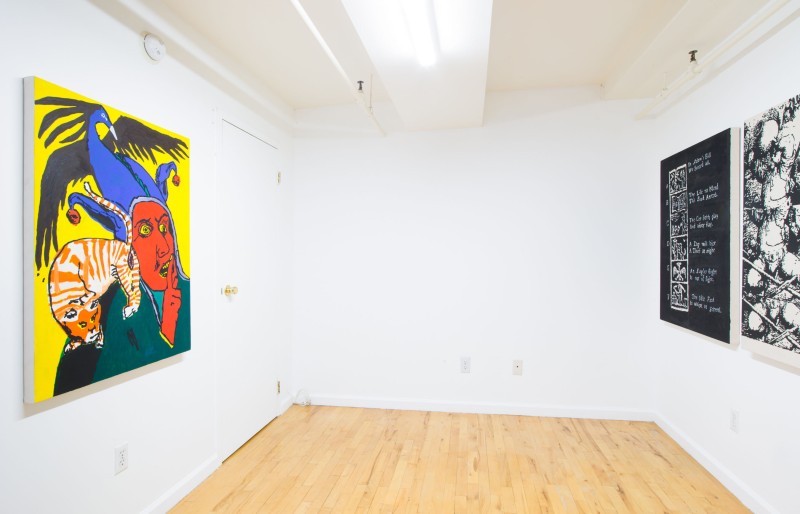 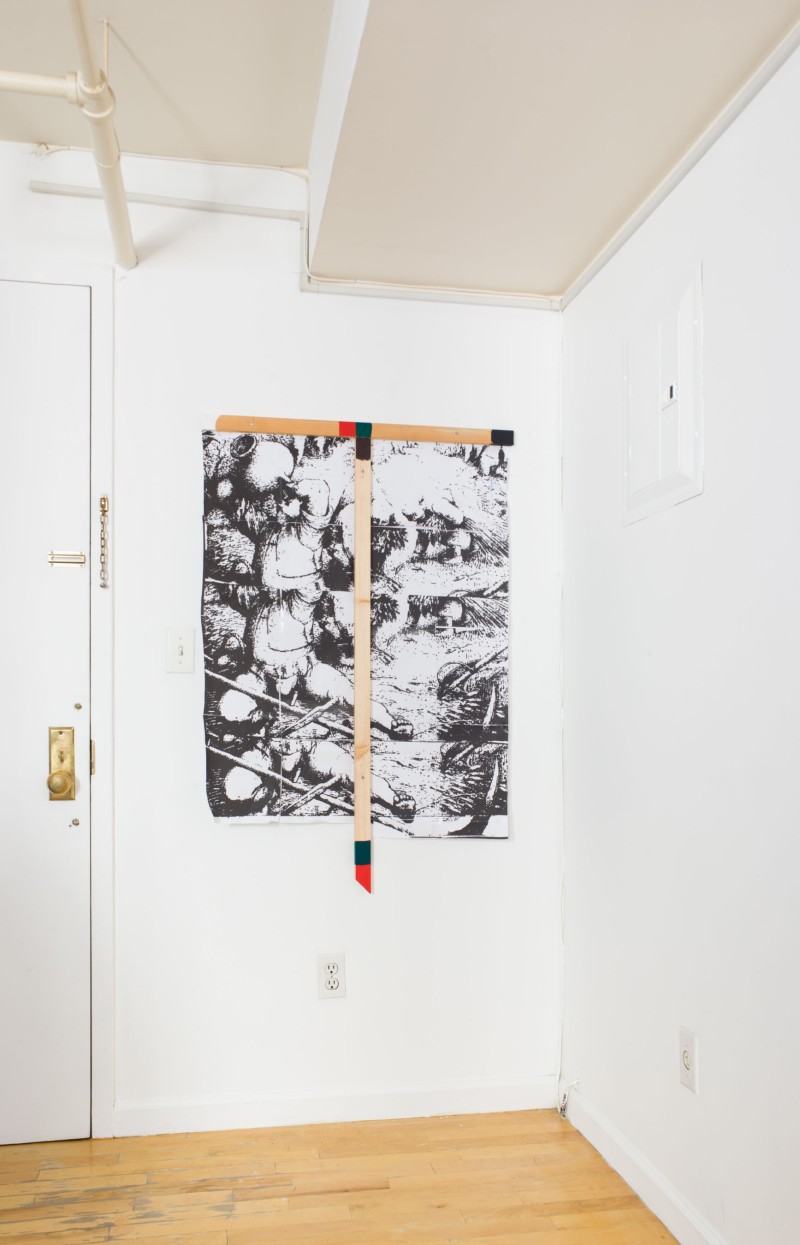 Cephalophore: Part 1 (The Body) In TriBeCa features recent works based on historical sources that combine the artist’s interest in the uncanny with a dark, subtle humor. In the exhibition Patrick Groth depicts: the headless journey of St. Denis; multi-headed monsters in an open field; a scene of an exorcism with old English symbols floating in space in a curved landscape; and a traveling painting or “icon” salesman roaming the streets of an old world town. Although the paintings reference print media, they are made by hand through a direct transfer process on the surface of the canvases. This process directs the viewer into the pictorial worlds Groth presents either as straightforward depiction or as modern day memes from a long ago past. The painting and cut-out wood piece of St. Denis retells the miraculous journey of the beheaded Saint. As it was told, he walked ten miles from Paris carrying his head during a period of Christian persecution by the Romans. Another painting depicts a medieval exorcism, crudely redrawn from the original source. The monster painting portrays multi-headed sphinxes, where each head has a different emotion or personality—good or evil. Lastly, the icon salesman is characterization of the old world traveling merchant with contemporary ironic resonance.

Caphalophore: Part 2 (The Head) in Crown Heights, Brooklyn presents a series of five paintings. Two reference the New England Primer from the 17th century which was a Puritan children’s Alphabet book ubiquitous in colonial America. The other two paintings pay tribute to Breugel with a scene of a farmer in an agrarian setting and a Jester with a bird hat and cat. A fifth painting appropriates a 1968 illustration from the cover of the children’s book Hudden and Dudden and Donald O’Neary, a retelling of a traditional Irish folk story. 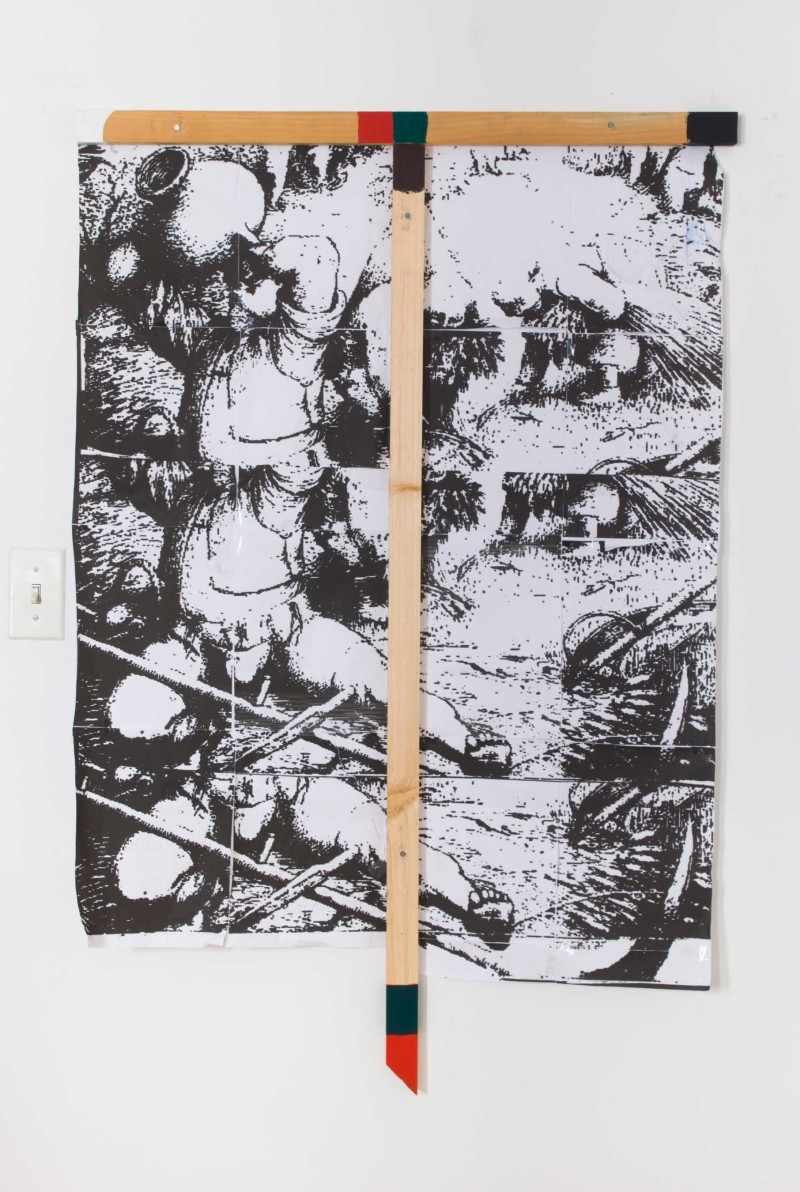 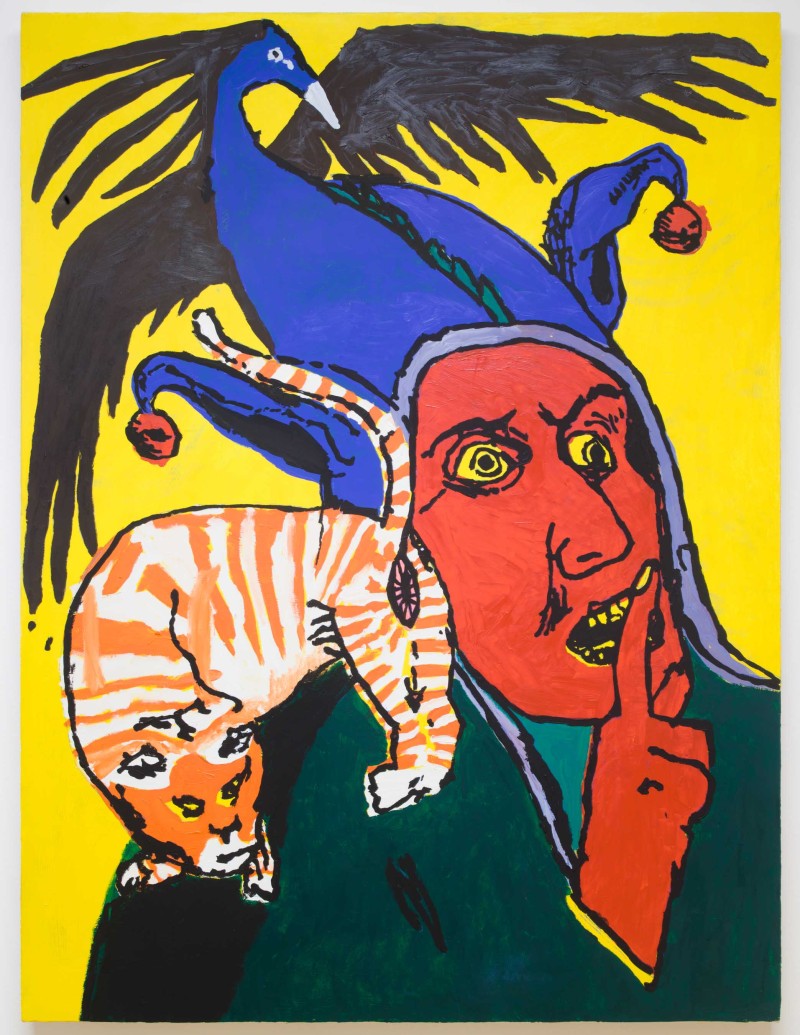 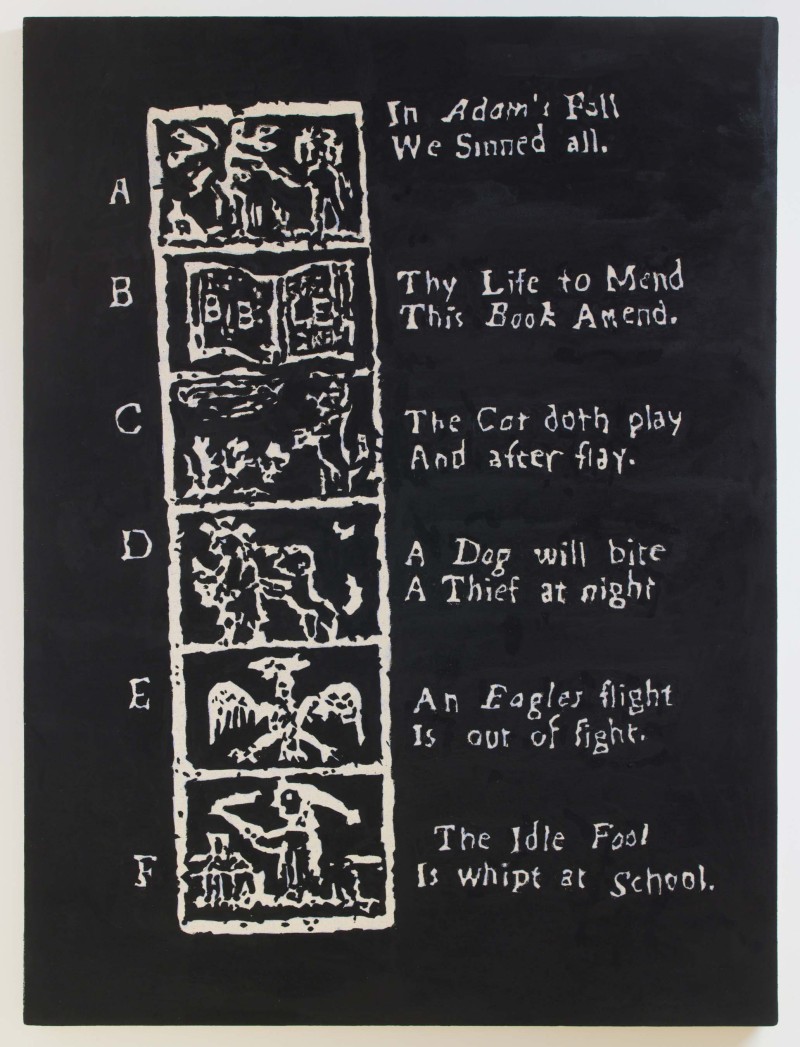 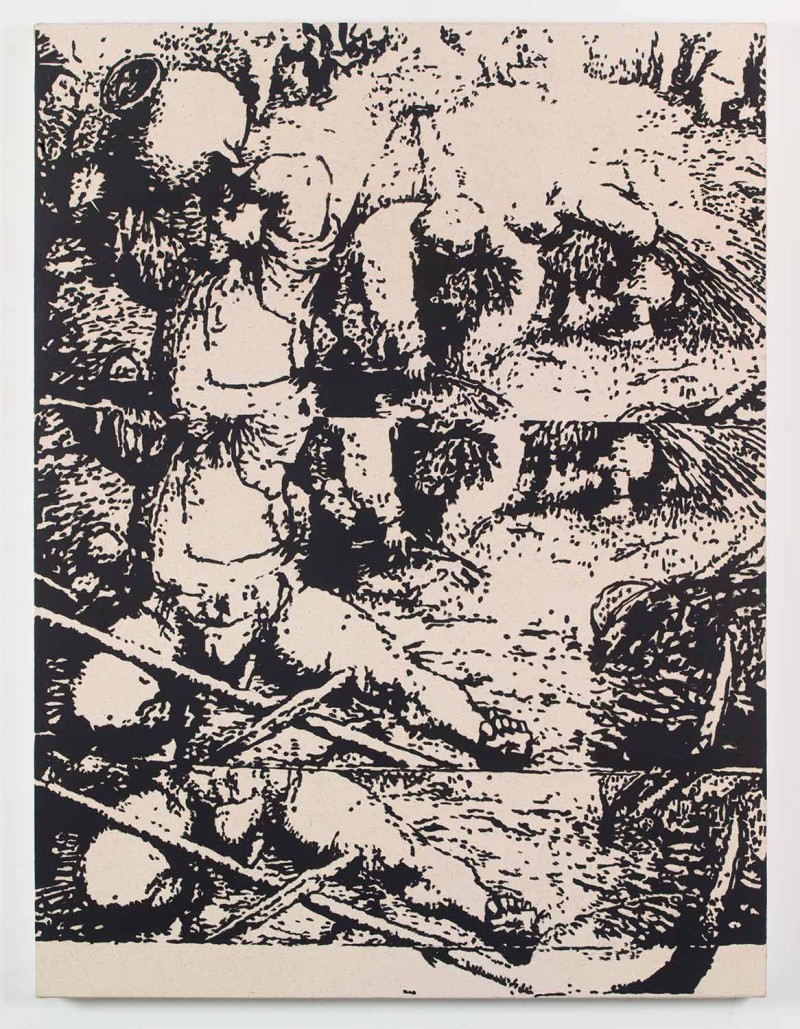 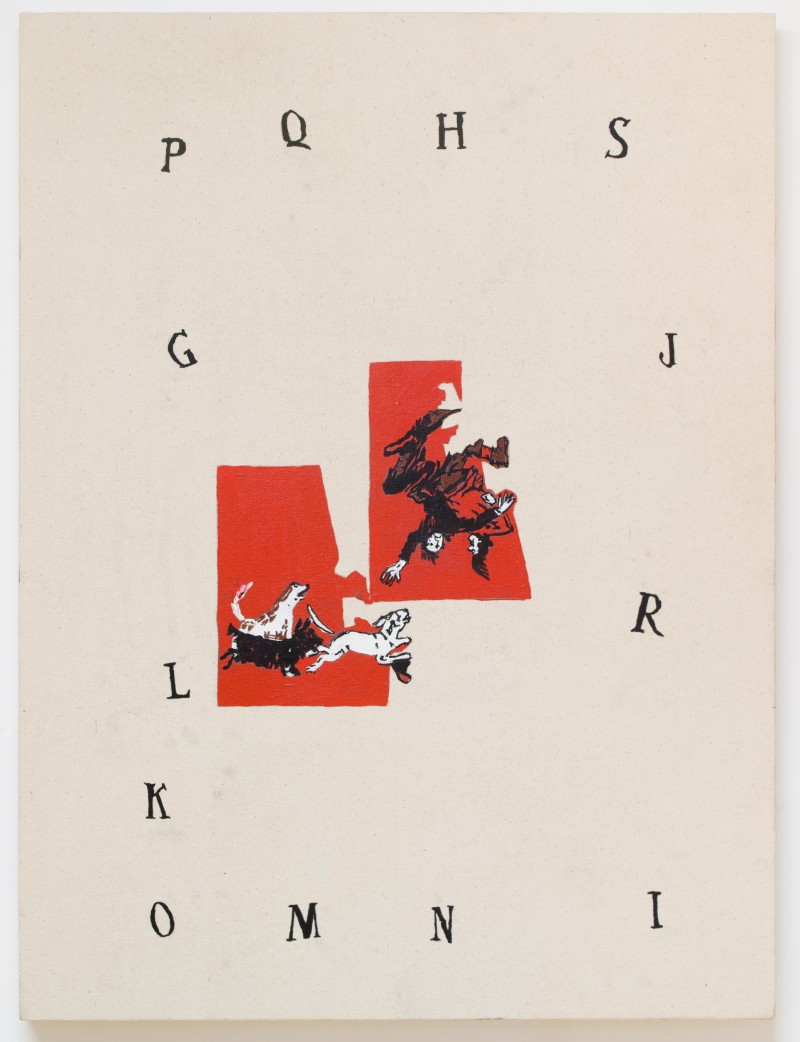 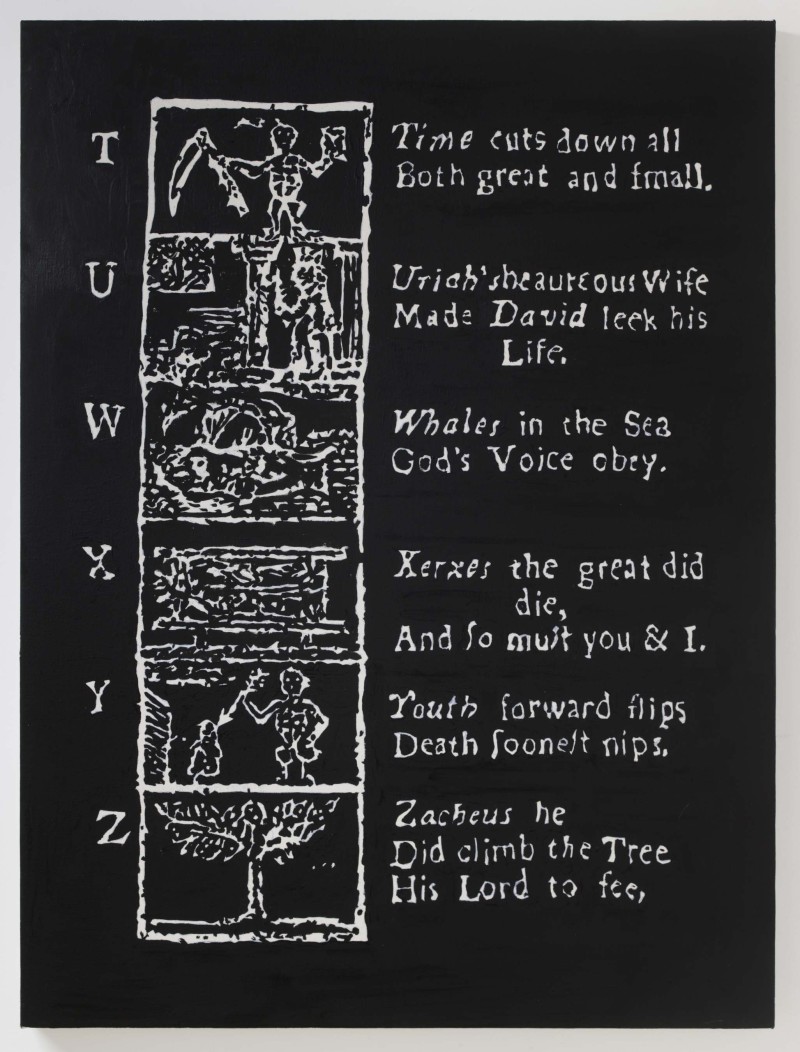