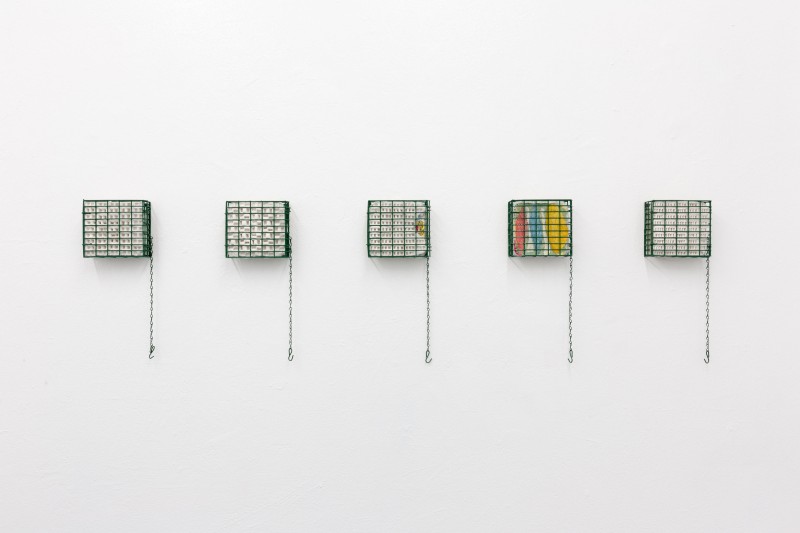 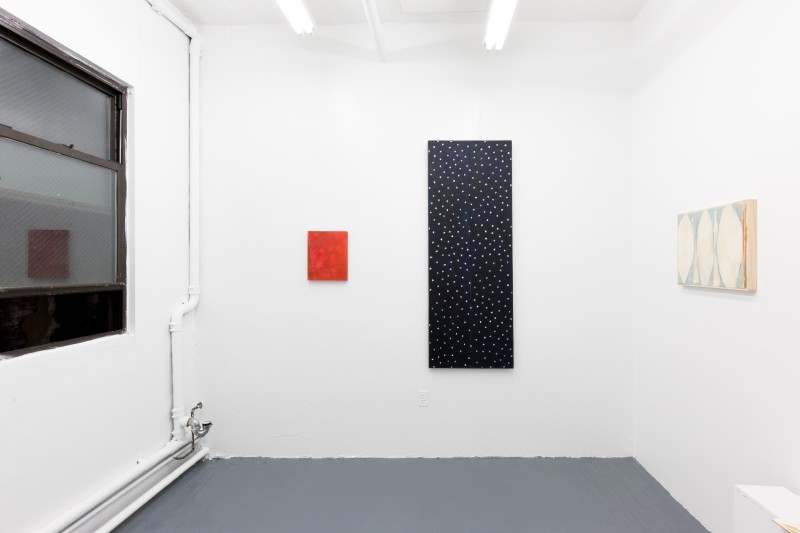 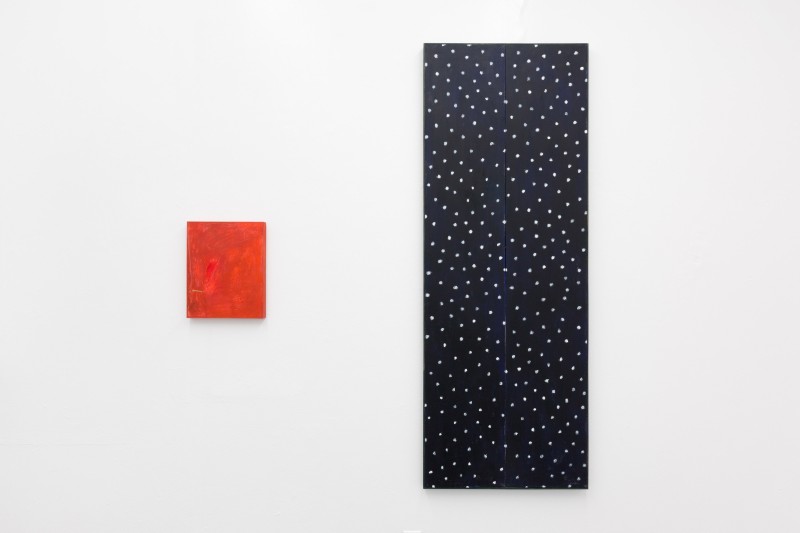 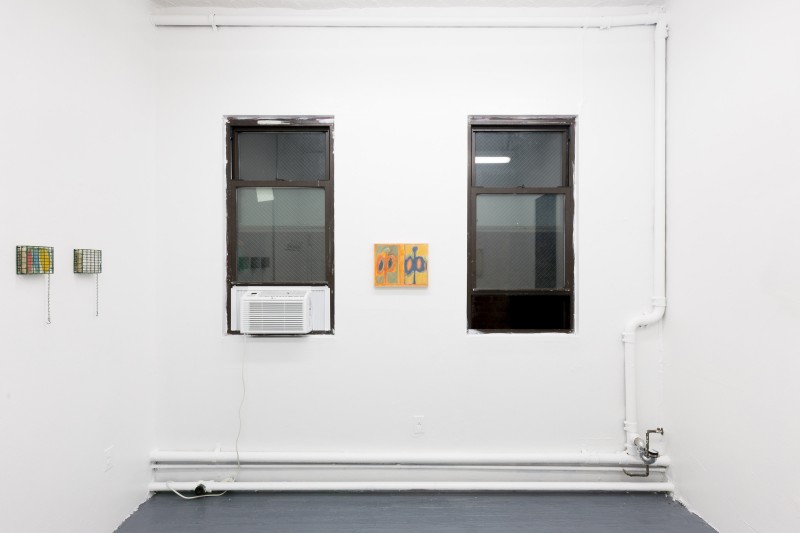 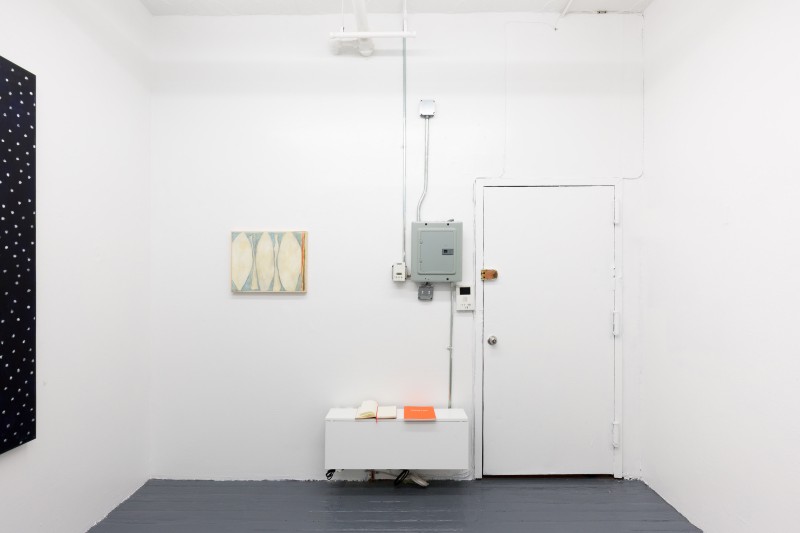 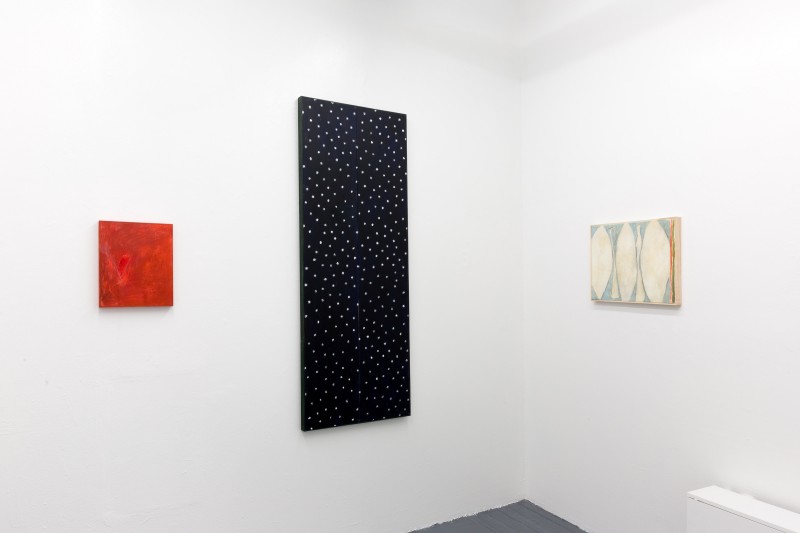 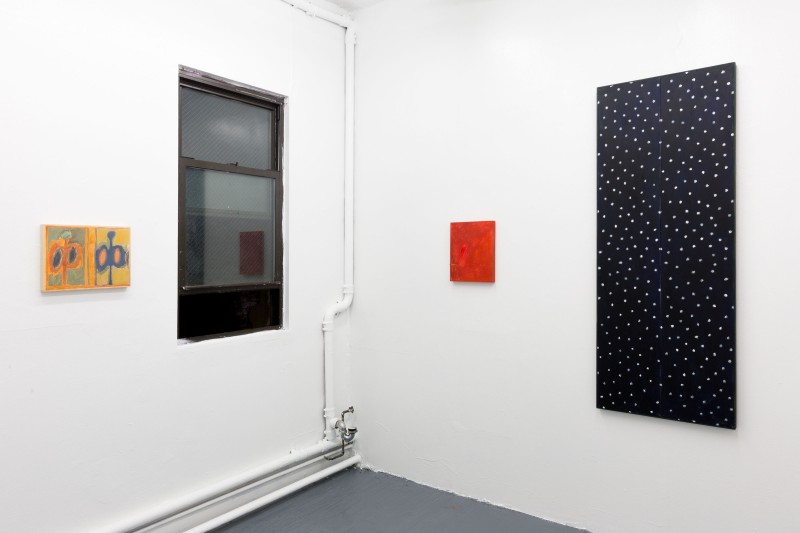 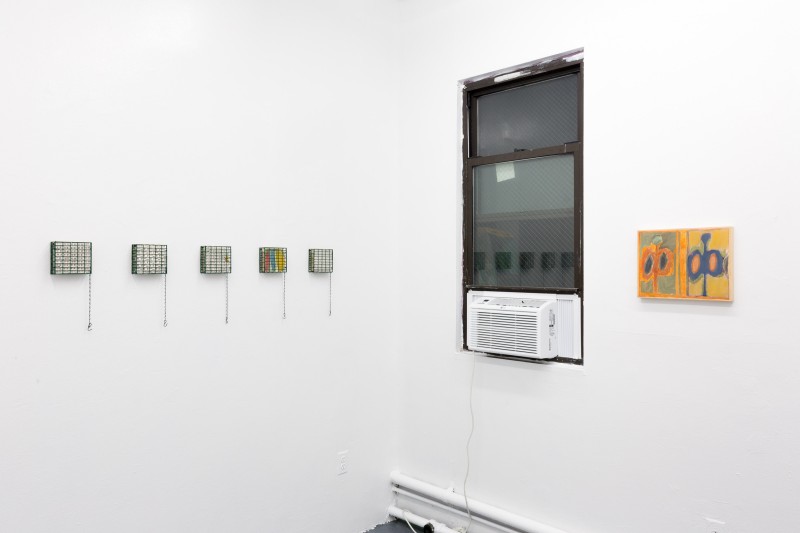 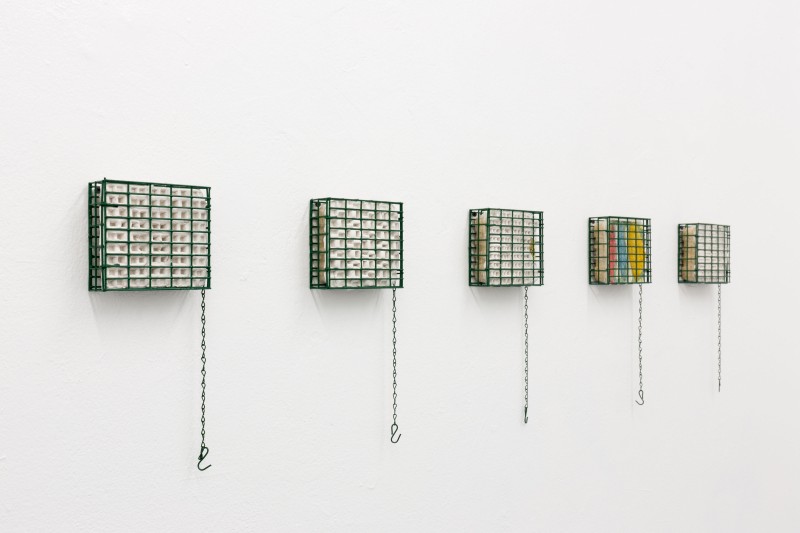 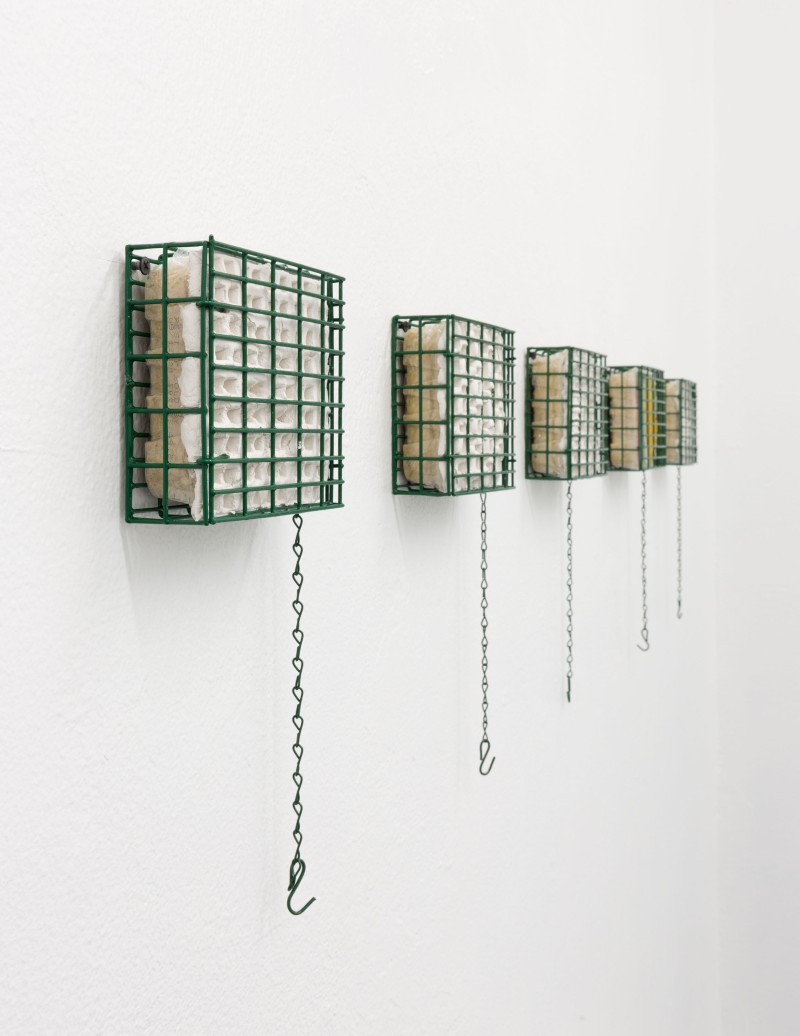 I first started using suet cages in 2015. I was preparing for a show at a space called Retrospective, a now closed gallery that was in Hudson, NY.
I wanted to place a wooden post in the back of the gallery, so that it would break apart the space in the room. I hoped it would act as a traffic cone and force viewers to walk around it, and have it take you from a medium sized painting, over to a group of two smaller paintings on the next wall.

I found a guy on Craigslist selling a beam that would work, way over in Eastern Connecticut in a town I had never heard of. I forget what I paid, it wasn’t much, and it was an extremely long beam. I put it in my truck, and it hung way out from the bed, and I opened my back sliding window in my cab and it went all the way through my center console and into my windshield. I put a very thick beach towel over the end butting up against the windshield. “That will be fine”, I thought.

First big bump I hit, the beam cracked my windshield.

The eventual beam I went with (not even the one I started with, that gave me all the trouble) needed something on it and I wasn’t sure what. I had seen these small green cages at Home Depot, and they looked like they almost belonged on the beam. It seemed like it would be a very nice fit, these small grids. They turned out to be suet cages, small contraptions that hang from trees or houses that hold blocks of suet, a cake-like substance consisting of fats, seeds and grains, etc, used to feed birds.

I bought one of the handsome cages. But now seeing it on the beam, it felt empty. I thought about stretching small paintings and placing them inside. Then I just figured, why not alter the actual suet packages that are made to fit perfectly inside. The suet cages on their own looked like small apartments or buildings, so I added clay to the package and made serial patterns by pushing through the holes of the cage, creating these small window-like depths.

I thought some of these would work for this show. When I saw pictures of this space, all I could think about were the very prominent windows. I wanted to have these small apartments with windows, looking out at these bigger windows.

I spent a good chunk of my teens smoking by my window at night, and I liked the idea of having a piece that was based on that. The incense is the stand-in for smoking, and the tall painting next to it references the night sky through the sliding glass windows I had in my room. I also like the conversation around incense, a mix of meditation and historical ceremonial uses, as well as correlations to counterculture, and head shop culture.

I included a small painting of “Two Mosquitoes (Behind a Window)”. I’ve used this recurring image of simplified cartoon mosquitos for a while, the shapes of which are an excuse/template to make an abstract painting and play with color. Another abstract motif, that uses loosely figurative elements wedged in between stone-like yet airy shapes, makes an appearance on both a suet work as well as on canvas.

I thought all of these objects kind of spoke to each other. The idea of what is inside a window, what is outside of a window, and what passes through. These are barriers, the cages are barriers, all kind of functioning to protect or keep something inside or out, ranging from food or heat, to intruders and other elements.

Ted Gahl (b. 1983) lives and works in Connecticut. He has had solo exhibitions with Halsey McKay Gallery, Zach Feuer, Retrospective, DODGE, Galleri Jacob Bjorn, Nino Mier Gallery, COOPER COLE, The Green Gallery, and Romer Young Gallery. He received his MFA from Rhode Island School of Design and his BFA from Pratt Institute. 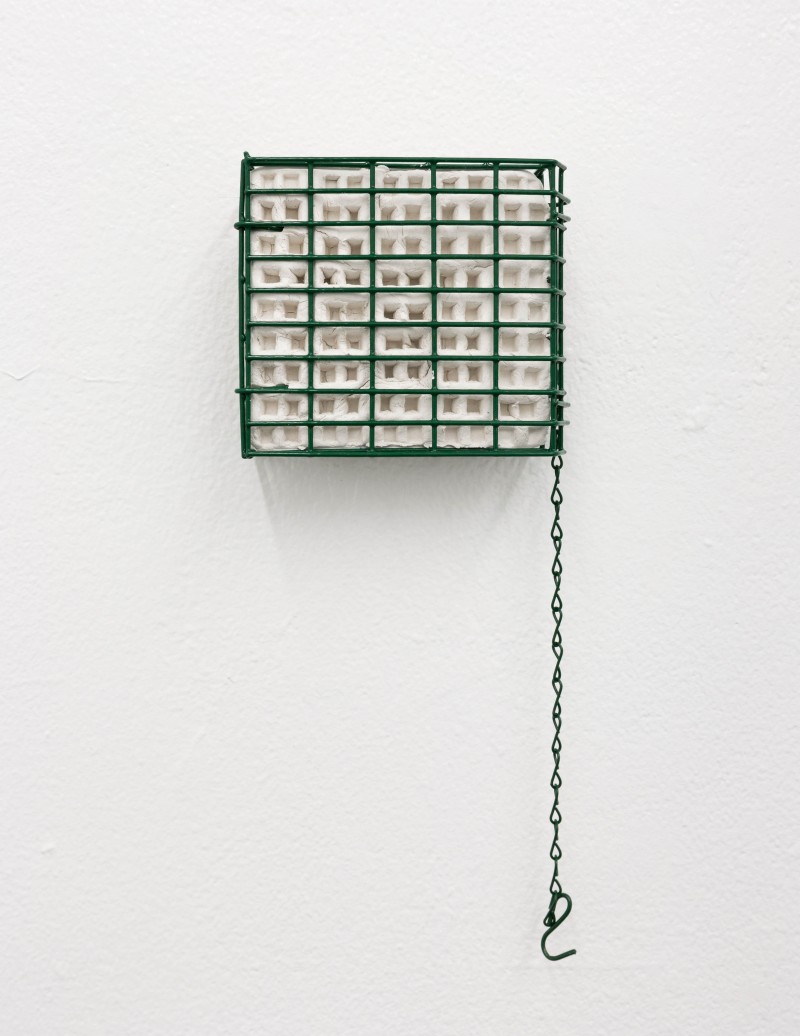 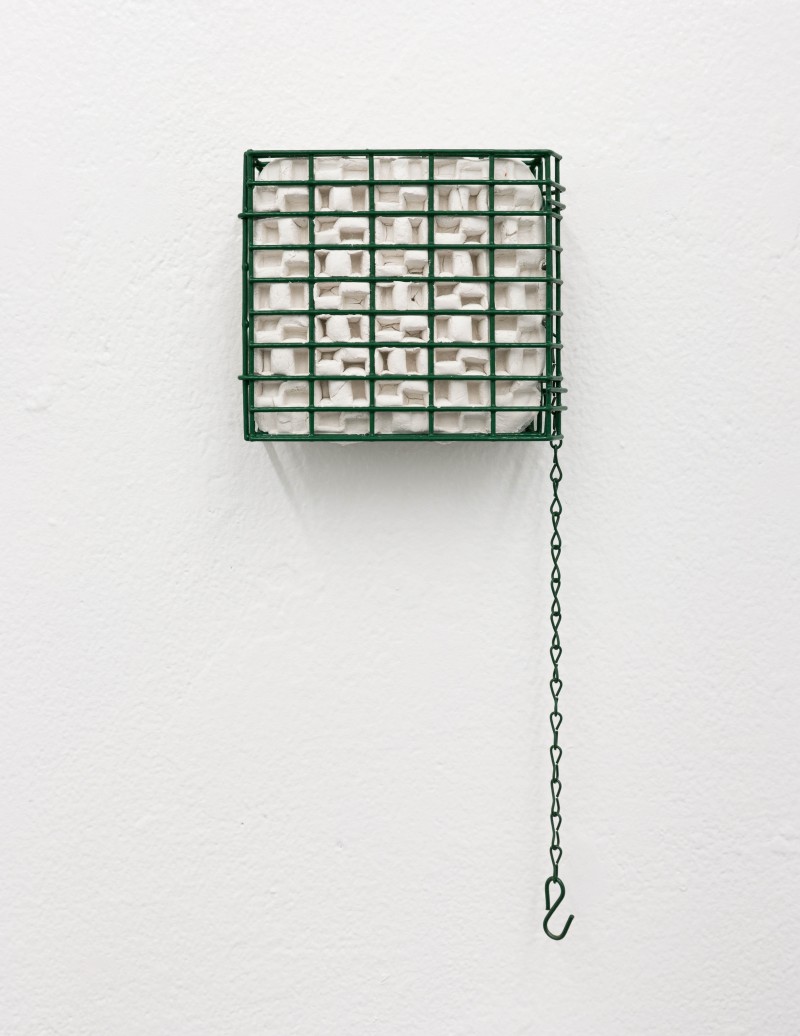 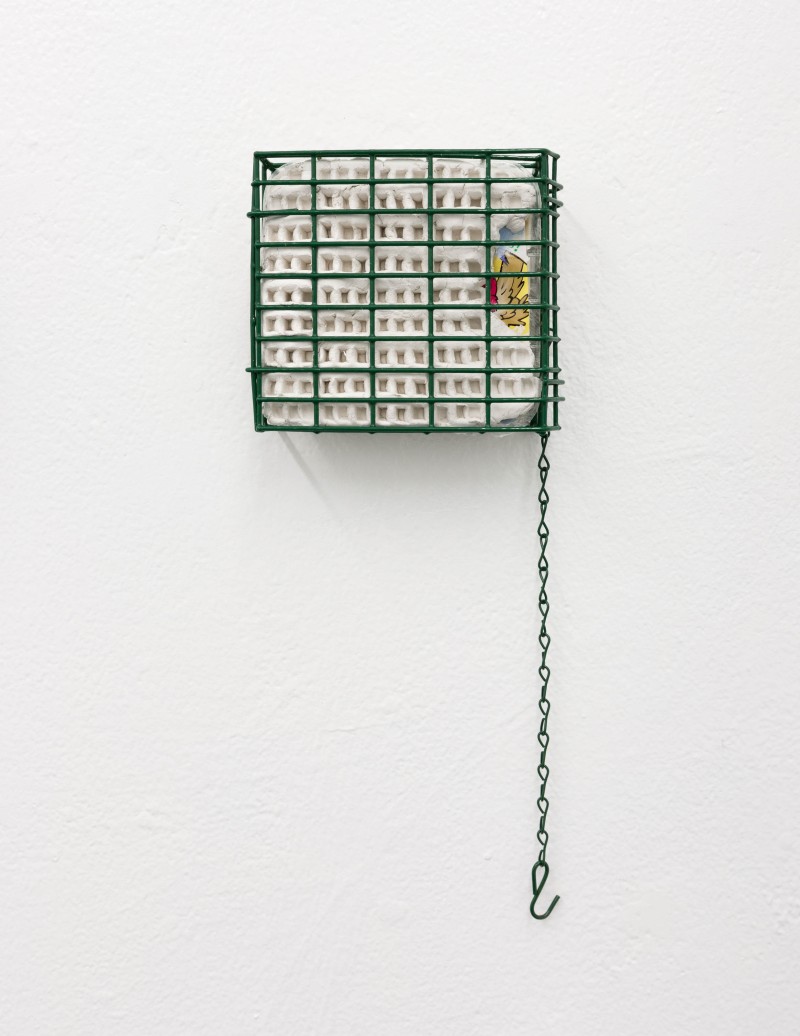 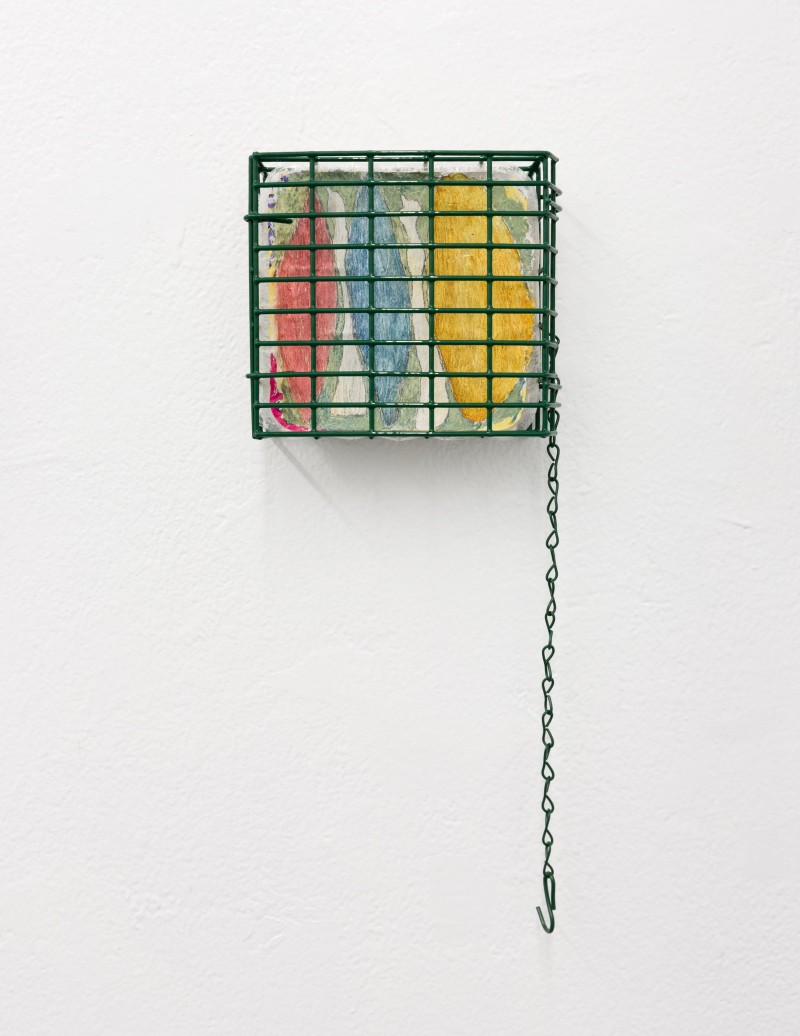 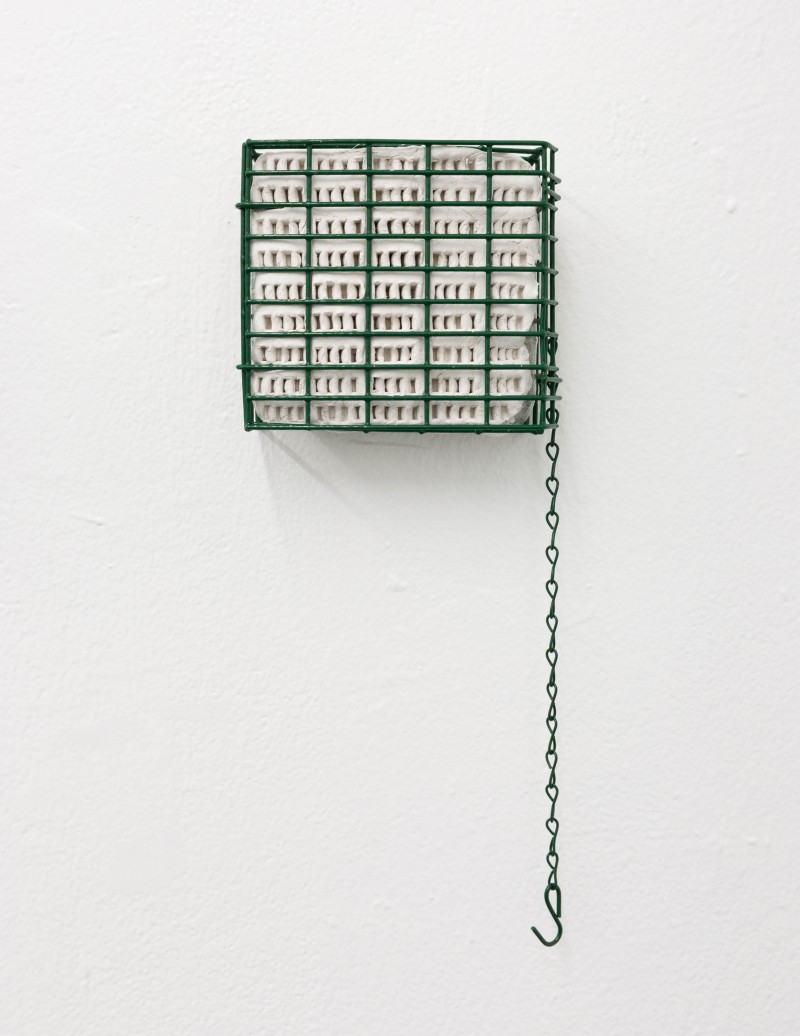 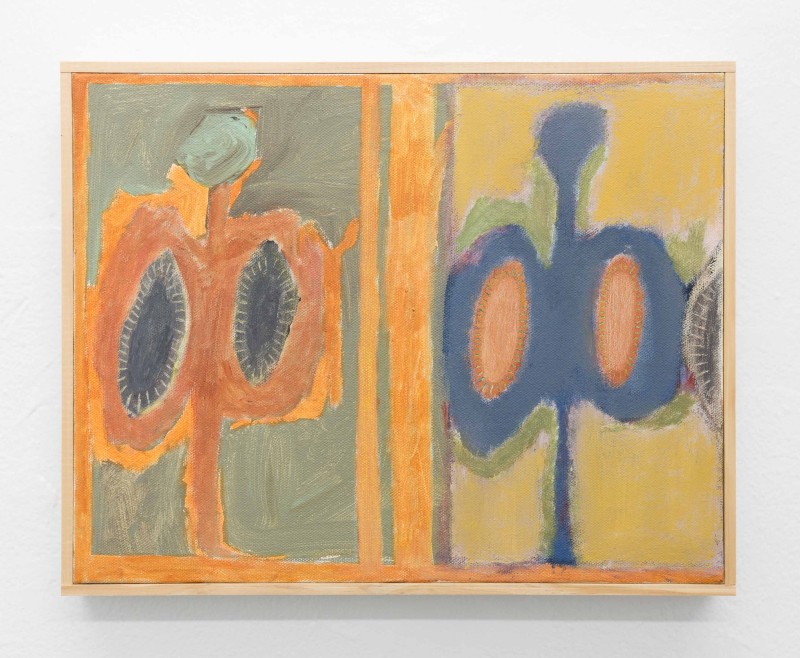 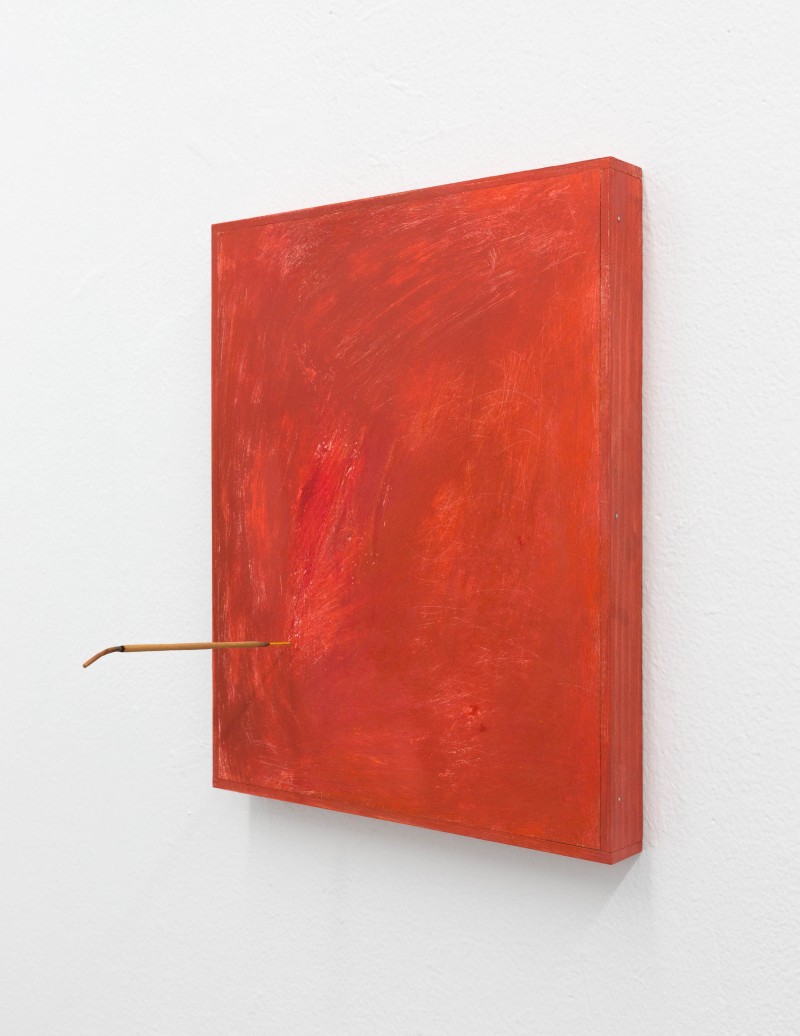 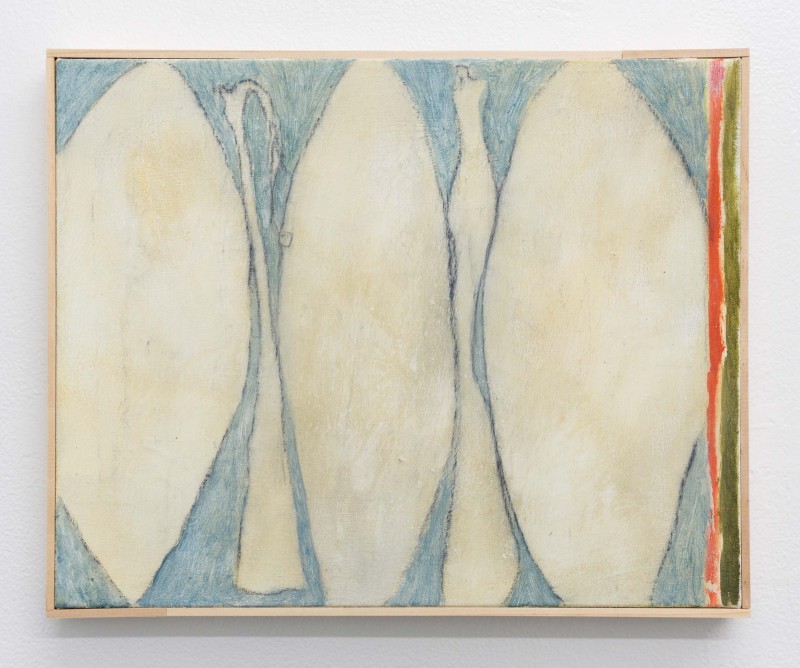